10 Reasons to Go to the Azores

The Azores, a group of nine Portuguese islands in the North Atlantic, are about 1,000 miles west of Lisbon and 2,400 miles from North America. But the largest Azorean island, São Miguel, seems much closer considering the direct flights from Boston and Oakland.

Though all nine islands are volcanic, many have been dormant since the islands were settled in the 15th century. Apart from its three volcanos—Fogo, Sete Cidades, and Furnas—São Miguel has much to offer in the way of activities, attractions, and local flavor. We’ve rounded up our top 10 things to see and do on São Miguel, one of Europe’s up-and-coming destinations. Want to see it all? Join DuVine for some Azores cycling. 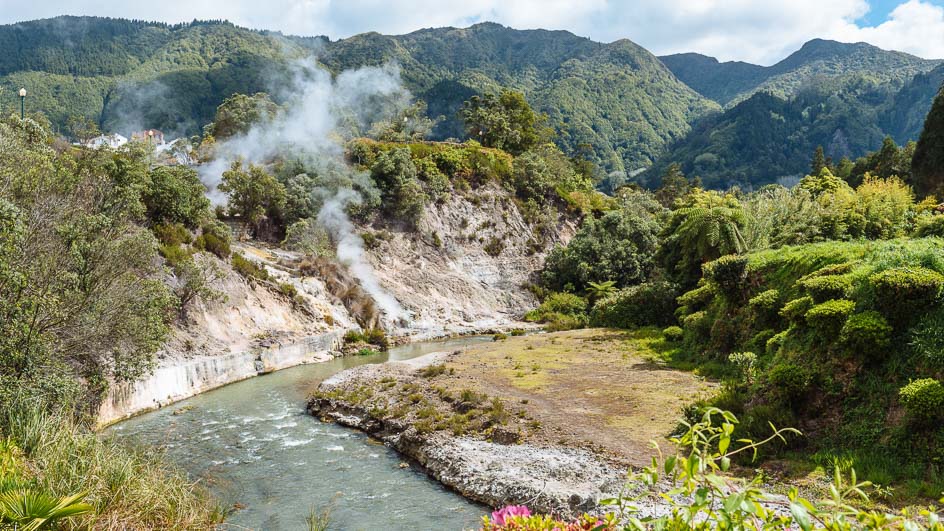 1. Watch for Whales and Dolphins

The chilly ocean waters surrounding the Azores are filled with sea life, including some of nature’s largest mammals. It’s prime whale- and dolphin-watching territory, with boats departing for daily marine safaris from Ponta Delgada marina. Resident sperm whales are often spotted year-round; larger species like blue, fin, and sei whales are present in April and May and humpbacks in October.

2. Take a Dip in Thermal Waters

The island of São Miguel is covered in geysers, hot springs, and fumaroles—the result of island-wide volcanic activity. The town of Furnas is the place to see bubbling underground cauldrons in action. But if you’re seeking a soak, head to Caldeira Velha where a waterfall cascades through tropical plants right into a thermal pool. 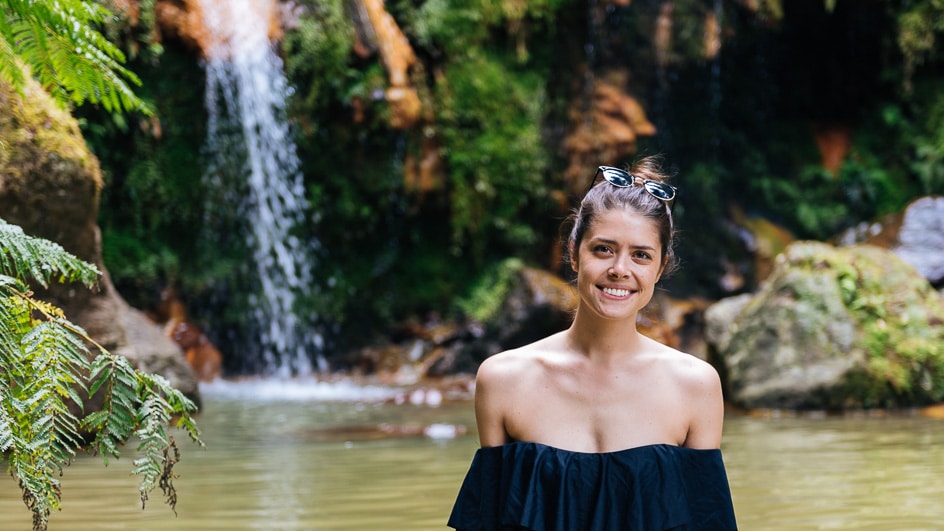 Azoreans are resourceful when it comes to their volcanic environment. In Furnas, locals cook a stew called cozido made from beef and vegetables. The pot is buried underground where volcanic steam slow-cooks the stew for six hours. Around Furnas Lake, it’s common to see telltale piles of sand insulating a buried, bubbling pot—and just as common to find super-tender cozido on menus in and around Furnas. 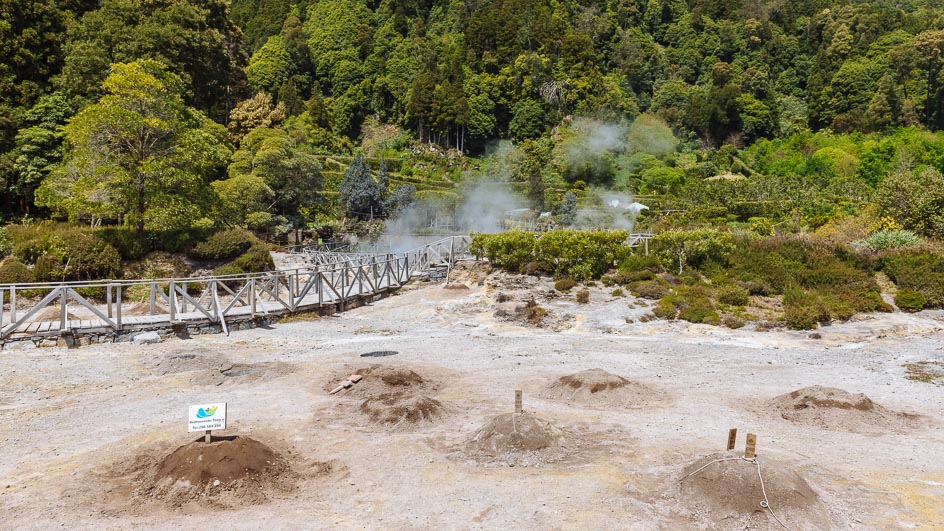 There are more cows than people in the Azores, as evidenced by the bovines grazing all over São Miguel. Here, all cows are grass-fed—barns are basically non-existent, but creameries are abundant. The result is flavorful local cheeses that big cities like Porto and Lisbon are clamoring to serve. Since the 15th century, each of the Azorean islands has been making its own signature cheese, from raw milk to sharp and semi-hard. Taste a few at the Mercado da Graça in Ponta Delgada. 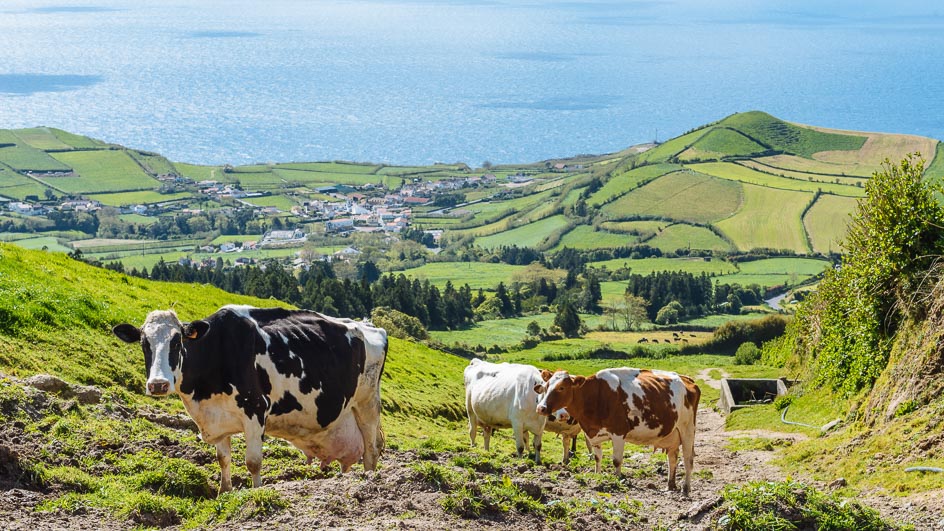 Another way the volcanic climate affects the Azores is evidenced in its wine production. On São Miguel and Pico, vines are cultivated in basalt-rich soil to produce white Arinto grapes and a red wine called Aragonez—the Azorean answer to Tempranillo. Azorean wines aren’t as ubiquitous outside the archipelago, so savor as many glasses as you can at local wineries. 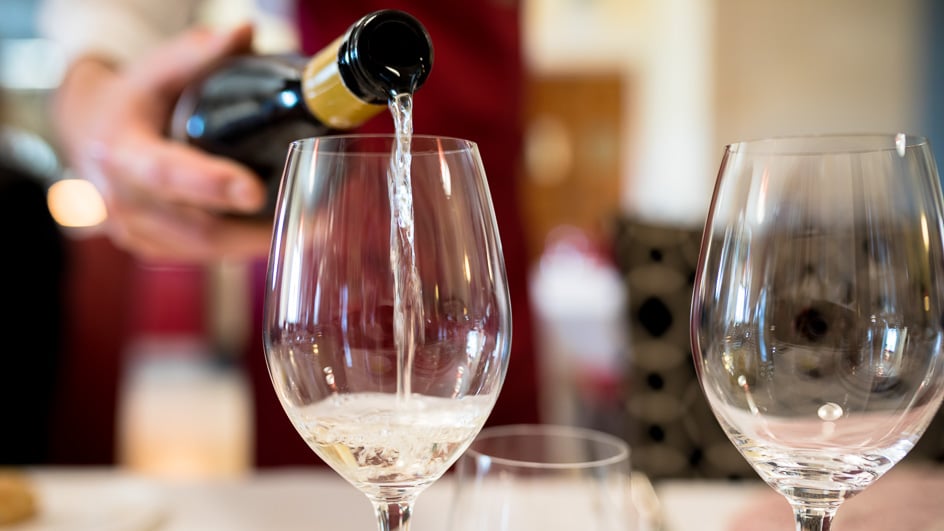 São Miguel is home to the only two tea plantations in all of Europe: Gorreana Tea Factory and Tea Porto Formoso both cultivate and process their own tea leaves. Gorreana, the original Azorean tea producer, has been a family-run operation since 1883. Visitors can tour the fields and factory, then sample a perfectly brewed cup. 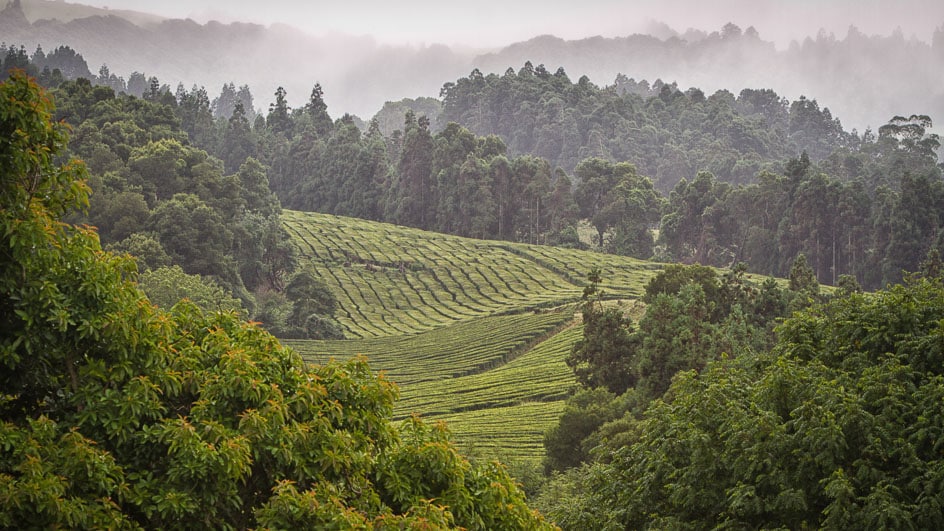 7. Take in the View from Sete Cidades

One of São Miguel’s must stunning viewpoints is from Sete Cidades (meaning “Seven Cities”), a small crater-bound town on the island’s western end. Flanked by the technicolor Lagoa Azul (Blue Lake) and Lagoa Verde (Green Lake), the lookout points at Miradouro da Vista do Rei and Miradouro da Boca do Inferno offer the best sweeping panoramas on the island. 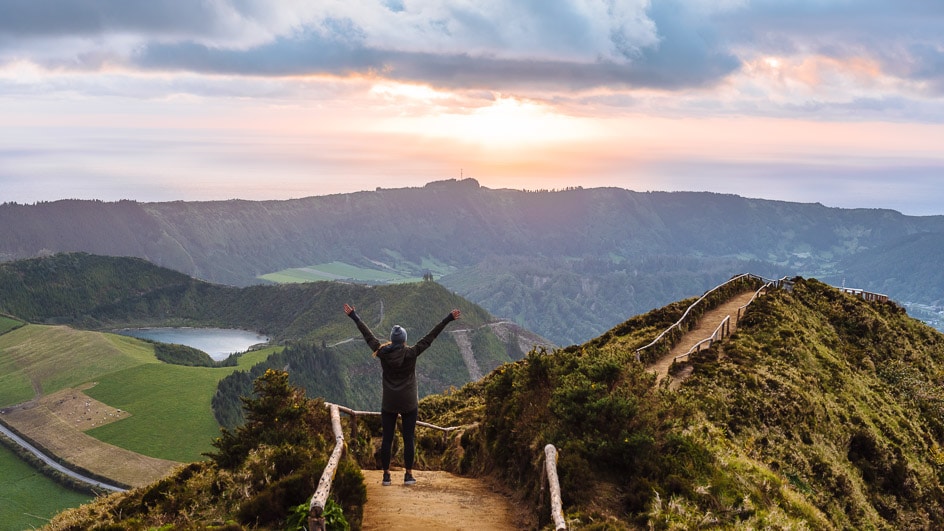 A wonderland of nature, Ribeira dos Caldeirões Natural Park is a protected area on the slopes of Serra da Tronqueira along the river Ribeira do Guilherme. The reserve boasts five water mills and one show-stopping waterfall. Spend the afternoon wandering on foot amidst a lush variety of flora or quietly observing wildlife like the rare Azorean bullfinch.

The eastern coast of São Miguel is best discovered by bike. Ride the Nordeste loop along the island’s uninhabited shores, where there’s nothing but the open ocean between you and mainland Portugal. Roads are bordered by subtropical forests and huge hydrangea in bloom, and the observation points are the same ones 15th-century sailors used to watch for ships and whales. 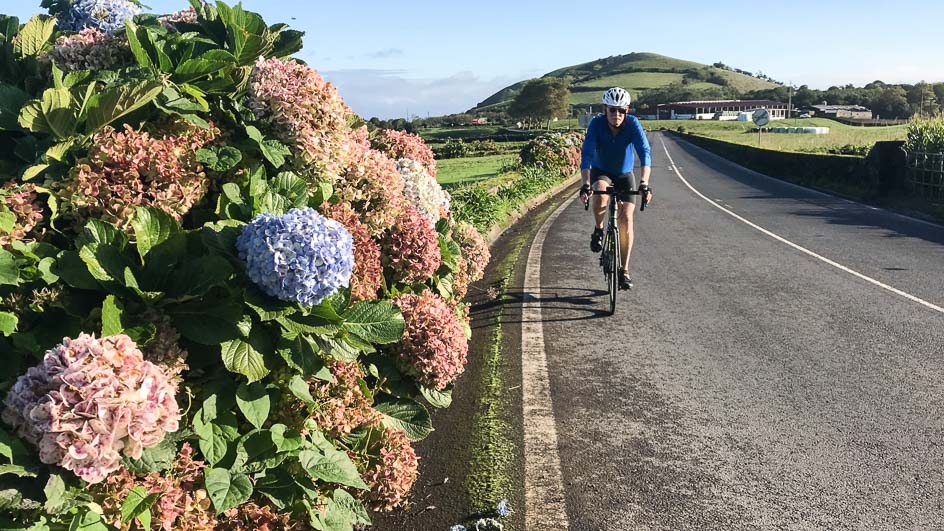 10. Spend a Day in Ponta Delgada

The 15th-century capital of São Miguel is brimming with historic buildings, traditional architecture, and detailed mosaic tilework. Its position facing the ocean inspired the town’s mosaic-tiled maritime boulevard that culminates in the Portas do Mar, or “Gates of the Sea,” and it’s easy to spend an entire day among Ponta Delgada’s shops, cafés, outdoor terraces, and ornate churches.

Up Next: 2019 DuVine Holiday Gift Guide 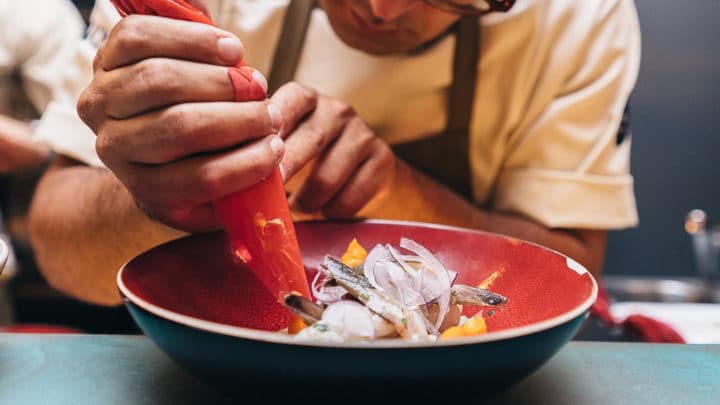 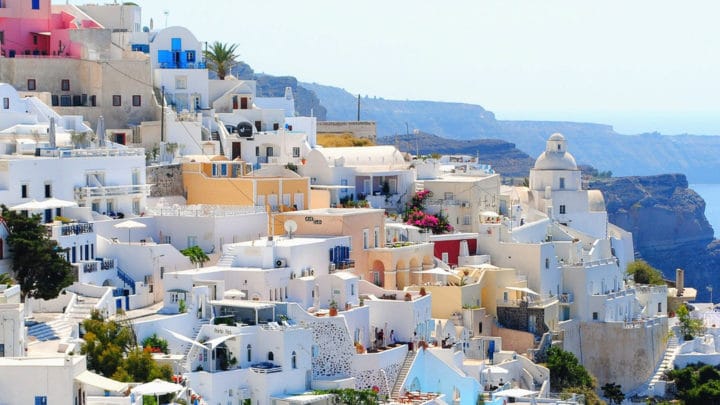 10 of Europe’s Most Dazzling Isles