On October 28, 1918, Czechoslovakia was declared an independent state from the Austro-Hungarian Empire, and almost 75 years later, it became the Czech Republic we know today. In 2018, the Czech Republic celebrates a milestone year—its centennial. Join us on a journey through time as we relive the country’s historic moments, from political revolutions to Olympic medals, and discover opportunities to make the 100th-anniversary festivities part of your bike trip to the Czech Republic. 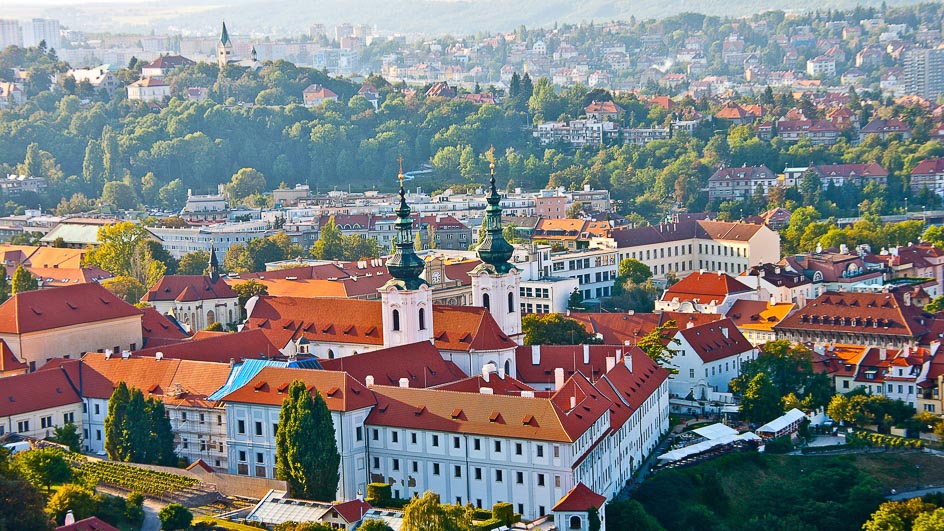 The regions of Bohemia, Moravia, and part of Silesia had been linked under the Czech crown since the Middle Ages, and continued to be united under the thumb of the Austro-Hungarian Empire. During World War I, dreams of an independent nation-state started to gain traction, spearheaded by Czech political exiles who led the resistance movement from afar.

As the Austro-Hungarian Empire crumbled, Czechoslovakia gained independence. The streets of cities and small towns burst into celebration at the news. The people elected Tomáš Masaryk as their new president, and a new era in history was born. 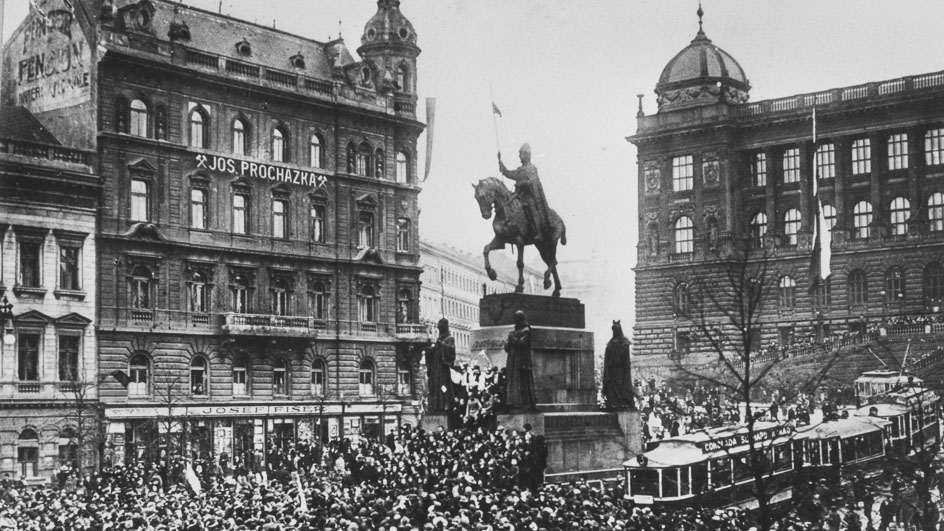 Karel Capek’s groundbreaking play “Rossum’s Universal Robots” depicts humanoid factory workers who overthrow their human overlords, articulating growing anxieties about the relationship between man and machine. This sci-fi sensation is the first to coin the term “robot,” and poses philosophical questions that remain relevant in the modern age. 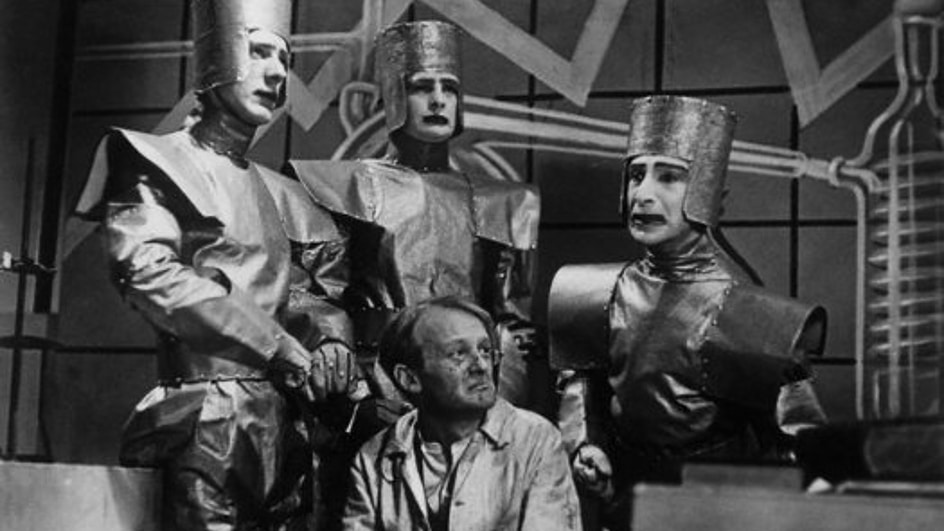 A ravaging snowstorm accompanied the invasion of Prague by German troops in March 1939. German citizens cheered in support, but others expressed their opposition and anger by hurling snowballs at German tanks. Prague’s citizens gathered and proudly sang their national anthem in Wenceslas Square, leaving behind a photo of their first democratic president as a somber symbol of resistance against the Nazi invasion. Czechoslovakia would remain under German rule until the 1945 Prague uprising and the liberation of Prague by Soviet troops. 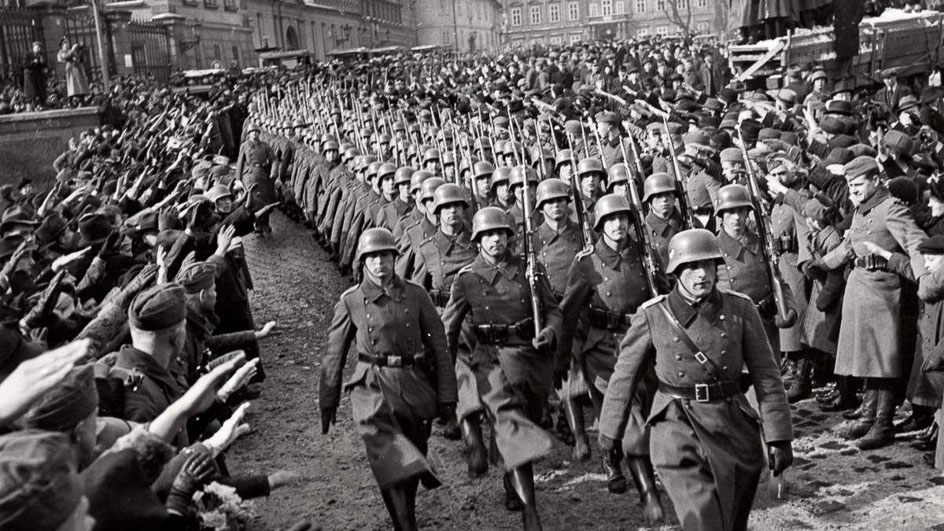 Czech-American scientists Carl Ferdinand Cori and Gerty Theresa Cori win the Nobel Prize for their joint discovery of how animal starch (glycogen) is broken down, synthesized, and used for energy in the body. They realized that enzymes convert glycogen into sugar and then back again into glycogen, leading to crucial advancements in our understanding of diabetes. With this discovery, Gerty Cori became the third women in history to win a Nobel Prize and the first woman to win the Prize in the fields of Physiology or Medicine. 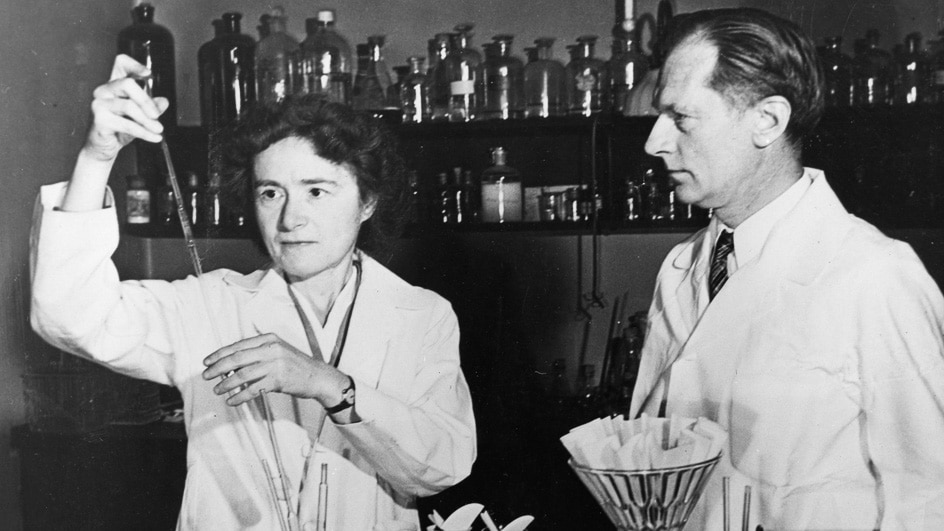 At the end of World War II, the Soviet Union erected the Iron Curtain, a barrier that isolated Eastern European states under Soviet rule from the non-communist areas in Western Europe, enforcing rigid political, military, and ideological restrictions.

On September 11, 1951 Western German officials were stunned when a train under machine gun fire began barreling towards the Iron Curtain at 60 miles per hour. Shocked officials opened the barrier, thereby saving the lives of the passengers inside who were seeking sanctuary from the communist regime. Passengers who were unknowingly along for the ride were sent back to Czechoslovakia, but those wishing to stay were accepted as refugees. This victorious story of escape spread worldwide, and the organizers became international heroes.

Communism took hold in Czechoslovakia shortly after World War II, with years of harsh dictatorship that followed. But 1968 marked a bright spot in Czechoslovakia’s communist era. Politician Alexander Dubček set out to reform communism by increasing freedom of expression and removing the most restrictive roles of the party.

For the first time in years, communist party members were allowed to challenge policies and the censorship of free speech was lifted. Newspapers wrote candid reports of government corruption while neighbors rekindled friendships that had been torn apart by years of fear and suspicion. But this fledgling period of freedom was short-lived: Soviet-led troops invaded Prague in an occupation that would last 20 more years, a “normalization” that returned Czechoslovakia to its former state of repressive Soviet rule. 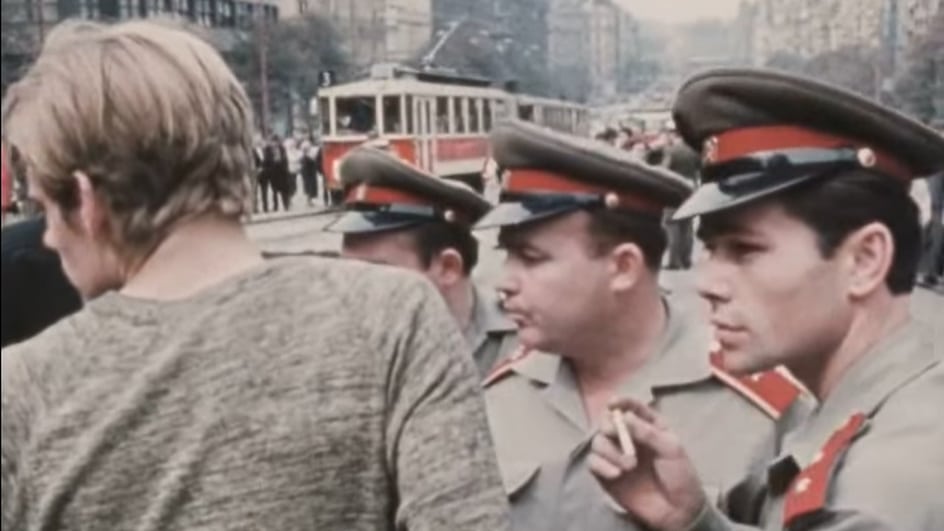 The Czech director of One Flew Over the Cuckoo’s Nest, Milos Forman, swept the 1975 Academy Awards with his rabble-rousing movie about 1960s counter-culture. The film depicts a low-level criminal (played by Jack Nicholson) who pleads insanity to evade a prison sentence. Once he reaches the relative “comfort” of a mental institution, he’s confronted with social control in the form of a sadistic nurse. Ripe with metaphor, this legendary tale of paranoia and anti-authoritarianism reflects Forman’s own childhood under Communist censorship in a Jewish family that had been deeply impacted by World War II. 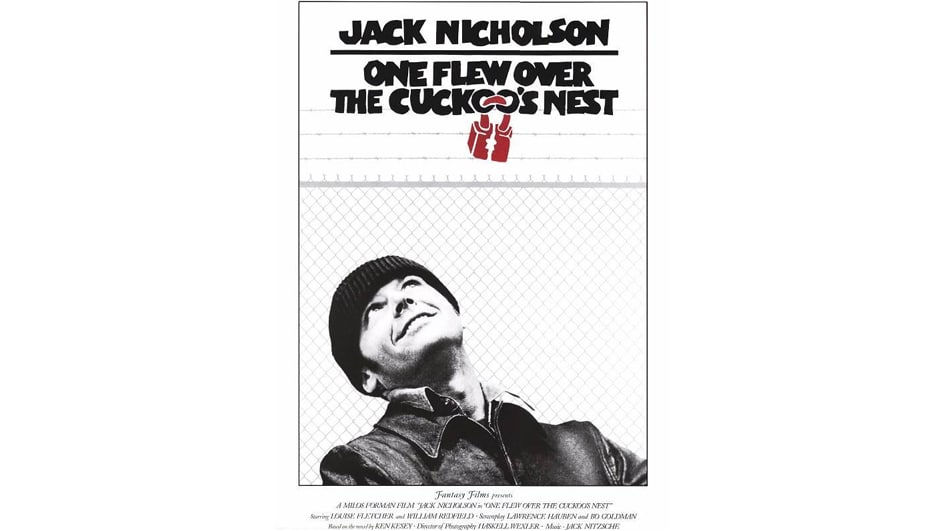 Amidst an era of political oppression, Czech writer Jaroslav Seifert transcended politics with his commitment to art and an unconditional sense of nationalism. In 1984, Seifert was awarded the Nobel Prize in Literature for his inventive poetry that “provides a liberating image of the indomitable spirit and versatility of man.”

“Everything on earth has happened before,
nothing is new,
but woe to the lovers
who fail to discover a fresh blossom
in every future kiss.” 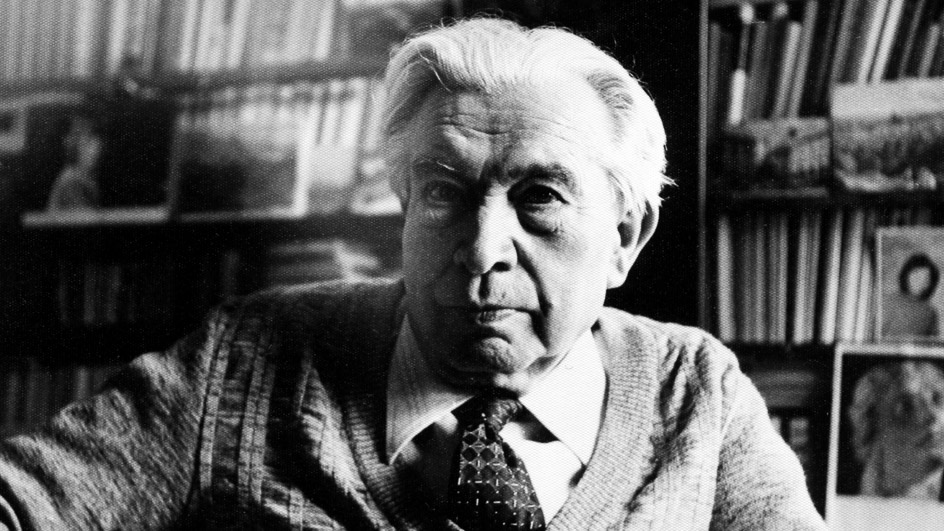 Eight days after the fall of the Berlin Wall, student protests in Prague spurred a monthlong revolution that would overthrow the repressive regime once and for all. Mobilized by democratic socialists, thousands of church members, intellectuals, and workers rose up in peaceful dissent of communism. Protestors poured into city streets, organized strikes, and occupied university campuses. Playwrights and actors hosted public discussions and activist events in theaters.

By the end of the month, the communist regime buckled and agreed to hold free elections. Playwright Vaclav Havel became the new president of Czechoslovakia, and the Velvet Revolution became one of history’s most impressive civil insurrections. 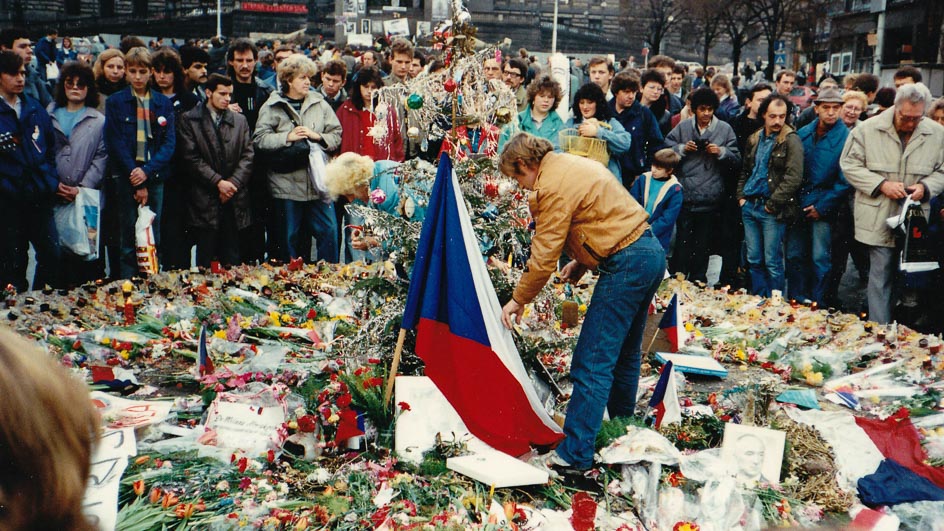 Czechoslovakia had long been an artificial union of two distinct provinces, forced together through the course of history but eager to find distinct identities. Continuing the tide of peaceful change, 1993 saw the resolution of this desire with the separation of Czechoslovakia known as the Velvet Divorce. This division formed the present-day Czech Republic and Slovakia, with both countries maintaining respectful relations and joining together under the umbrella of the European Union in 2004. 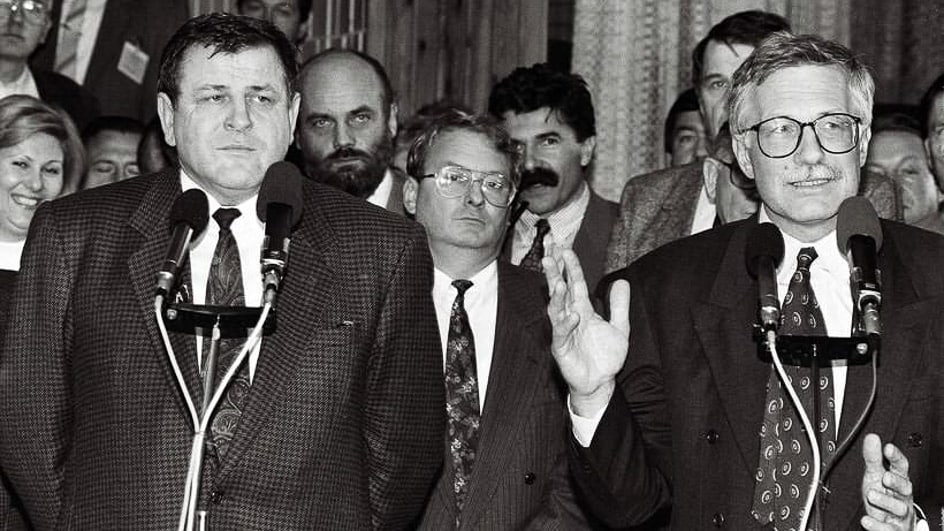 Ice hockey fans waited with baited breath for the 1998 Winter Olympics in Nagano, Japan—the first year that NHL players were allowed to participate, significantly increasing the talent pool of Olympic athletes. One after another, hockey teams in the U.S., Canada, and Russia—widely considered the world’s best—were knocked out by the Czech Republic in their rise as the underdog.

The semi-final match against Canada remains one of the most exciting games ever played, ending in a nail-biting shootout and an ecstatic 2-1 win for the Czech team. A shutout 1-0 victory against Russia in the finals followed, prompting a gold medal and a country-wide celebration for the Czech Republic. 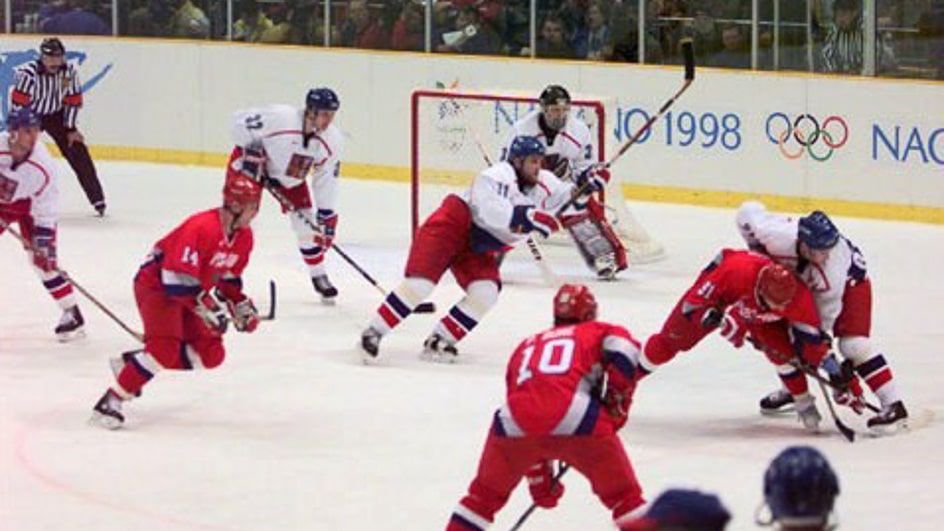 Italian chef Andrea Accordi caused a stir in culinary circles when his restaurant in the former Eastern Bloc was awarded a Michelin star. Situated inside Prague’s prestigious Four Seasons Hotel with views of Prague Castle, Allegro was renowned for its elegant five-course tasting menus and extravagant brunches.

Allegro has since closed, but it inspired a food scene that has grown rapidly ever since. Prague now boasts three Michelin-starred restaurants and a burgeoning “Bib Gourmand” movement of restaurants that deliver excellent food at affordable prices. Explore the city’s food scene with DuVine on a Czechia Bike Tour. 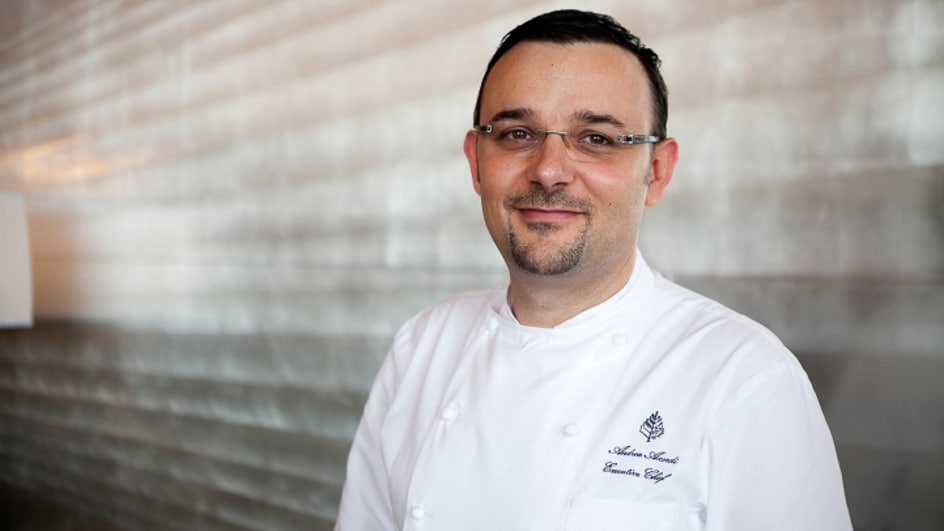 Beer flows like water in the Czech Republic, with over 400 breweries and the highest per capita beer consumption in the world (an average of 161 liters of beer per person each year). The first record of beer in the Czech Republic dates back to 993 A.D., when a brewery was opened at the Břevnov Monastery in Prague.

The country’s complicated history took a toll on its traditions, and the Břevnov Monastery was no exception. It was destroyed by bombings during World War II, rebuilt but shuttered during the communist era, and finally reopened in 2013. Today you can drink Pilsner at the Břevnov Monastery brewery, toasting to the flourishing resurgence of Czech beer on a DuVine Czech Republic Bike Tour. 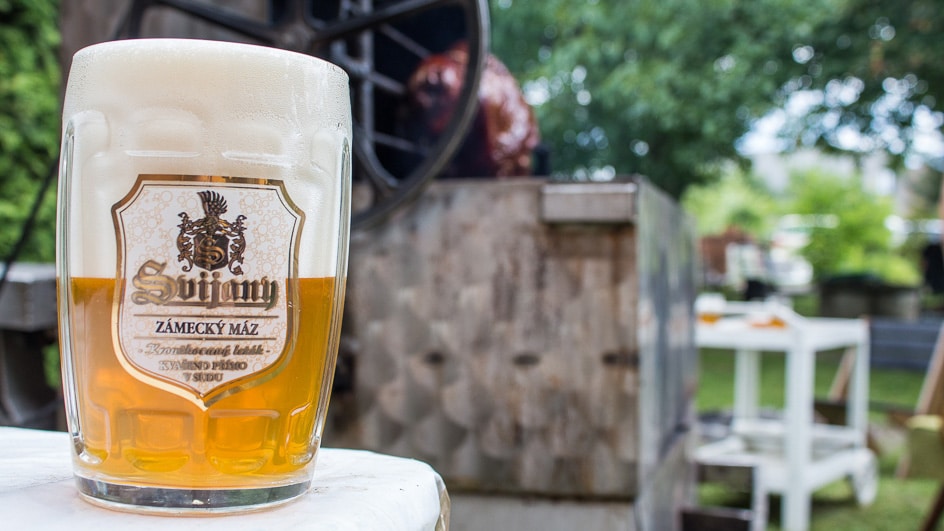 2018 is an ideal year to visit the Czech Republic as it celebrates 100 years of growth and history. Before or after your Czech Republic Bike Tour, make time for the numerous concerts, exhibits, and special events in honor of the centennial.

Founded 1918: Through July, this labyrinthine exhibit at Prague Castle will feature photographs, documents, and artifacts spanning 1,000 years of Czech history. 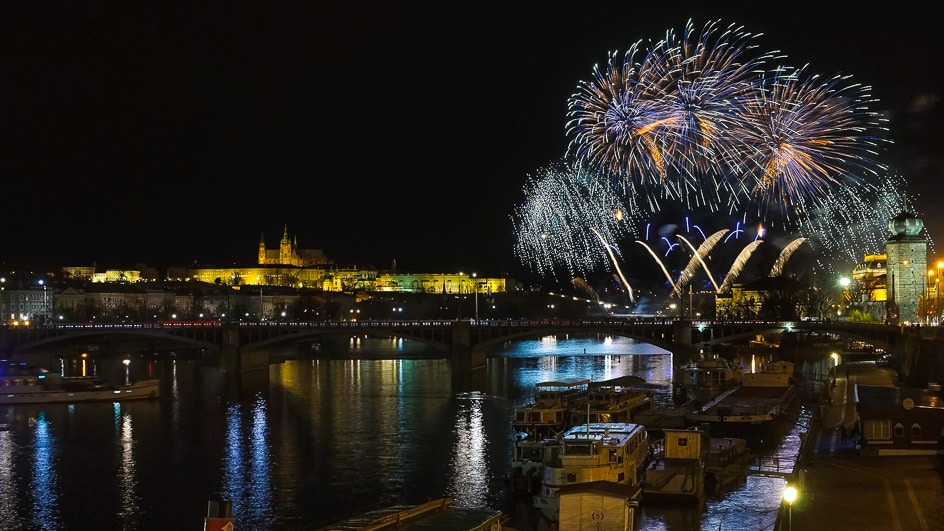