Ana Roš is the subject of an inspiring episode in Volume 2 of Chef’s Table. She inherited her restaurant in Slovenia’s Soča valley, Hiša Franko, from her husband’s parents upon their retirement. Together, they transformed it into a place of prestige, guided by their love, partnership, and local inspiration.

Roš is a self-taught chef who took an indirect path to the kitchen: a former ski champion, she was primed for a life in diplomacy following a stellar academic career. Faced with a highly desirable job offer in Brussels, she instead followed her heart and took the helm at Hiša Franko. She was fearful of failure, but the weight of her mistakes and her questions lead her to understand that “failure is an engine for life. If you accept that you can fail, it makes you fight harder.”

The fight she’s chosen is one that puts the produce of this Alpine region at the forefront. Letting local ingredients guide her imagination, dishes at Hiša Franko are inspired by its environs on the Italian border—from local cheese made by generations-old mongers to forest-foraged mushrooms and fish from the Soča River. Acting as the sommelier, her husband Valter Kramer even sticks to biodynamic Slovenian wines. Their goal is to draw on ingredients within walking distance of the restaurant.

Hiša Franko has certainly hit its stride. There are hundreds of male chefs who have earned three Michelin stars, but only five women—of which Ana Roš is one. Hiša Franko has been named one of the World’s 50 Best, yet it retains a homey and relaxing dining ambiance, a welcoming place of whimsy you can experience for yourself on DuVine’s Slovenia + Italy Bike Tour. 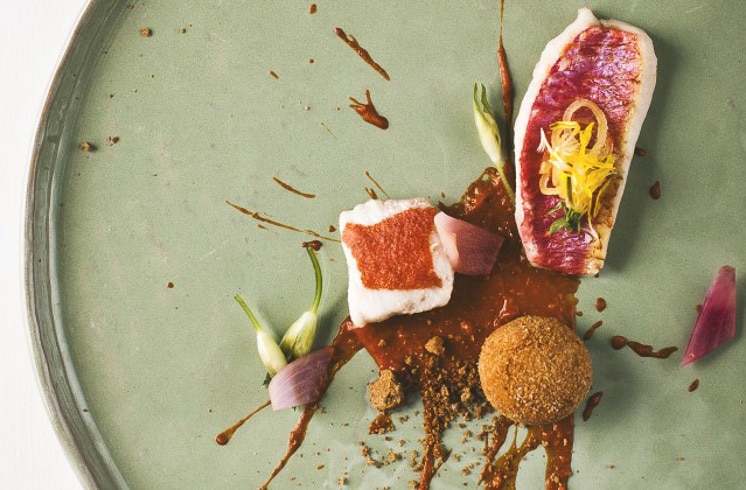 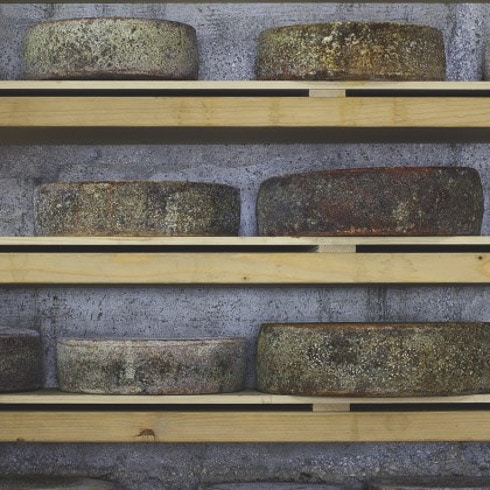 Francis Paniego was born into Echaurren. His parents had been running this family inn in Ezcaray, La Rioja from a long lineage of proprietorship, handed down from parent to child since 1898. Paniego’s mother Marisa had earned a dedicated following for her meatballs, chickpea stew, and lamb, but in the early 2000s, Paniego brought something entirely new to the table: a culinary panache that was sharpened during apprenticeships in some of Spain’s most respected kitchens. His spirited sense of creativity demanded a new home at Echaurren, and in 2002 El Portal was born.

At El Portal, Paniego draws on his mother’s legacy of classic and comforting recipes—still served at Echaurren Tradición. In fact, 25 years after Marisa earned a National Gastronomy Award, Paniego followed in her footsteps by earning the distinction of Spain’s Best Chef from the National Gastronomy Awards. El Portal was the first restaurant in La Rioja to earn a Michelin star for its harmonious blend of the traditional and experitmental. In 2013, it added a second, and the next year earned Relais & Chateaux membership.

Though his culinary personality has touched all the gastronomic offerings at the hotel, Paniego’s creations for El Portal are his love letter to the region, its traditions, and its seasonal bounty. His dishes exude his pride in the place where he lives and works: from the six miles that surround Echaurren, Paniego taps into Rioja’s rich wine and tapeo culture, vegetables nurtured by the Ebro River, and even the beloved pastry of commoners called golmajería. Begin your first day on our Rioja Bike Tour with an extraordinary lunch personally prepared by Francis Paniego, then stay at the Hotel  Marqués de Riscal where he also oversees the 1860 Tradición restaurant. 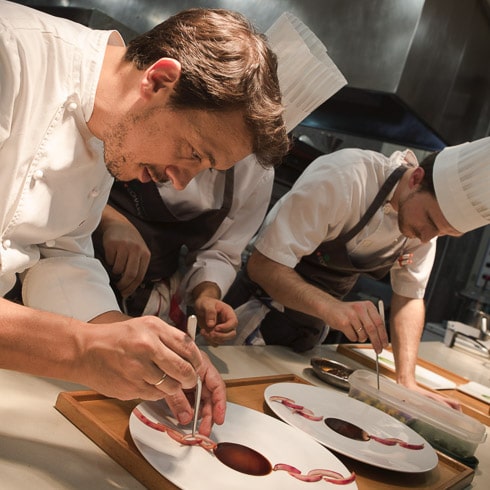 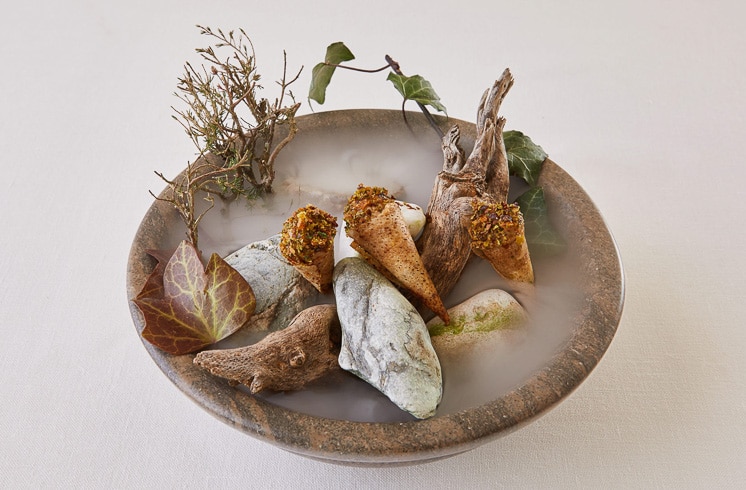 For Silvia Baracchi, hospitality is a love story written in the stars. Her passion for food originated in the kitchen of her parents’ Cortona restaurant, while her husband Riccardo grew up on his family’s 17th-century villa, vineyard, and farm. When Silvia and Riccardo married, the villa became the Baracchi’s sanctuary for family and a place to evolve and preserve the Etruscan culture of living well. Together, they opened Il Falconiere’s restaurant in 1989, added guest rooms in 1993, and—with their son Benedetto—carry on the Baracchi winemaking tradition that began in 1860.

Il Falconiere was the place where Silvia grew into her own culinary style as chef and Maître de Maison. Her expression of Tuscan cuisine is guided by the use of the estate’s seasonal products and a “zero km” cooking concept—with a touch of creative presentation. Dishes are finished with oil grown from olive trees on the property, and food waste is recycled into chicken feed. In 1998, Silvia’s philosophy resulted in Relais & Châteaux designation and in 2002, the only Michelin star in the province of Arezzo.

But Il Falconiere defies the sometimes-inaccessible reputation that comes with being awarded a Michelin star. Instead, Silvia opens her country kitchen to gourmands of all levels during the estate’s “Cooking Under the Tuscan Sun” classes (named for Francis Mayes’ book, a close friend of Silvia’s). Participants are invited to infuse Tuscan classics like wild game or pasta with their own imagination and modern taste.

Riccardo’s winery, overlooking the Val di Chiana in San Martino, also welcomes visitors with open arms. Tour the cellar lined with French oak barrels, taste flagship wines in the library, and be treated to sabrage of a homemade Sangiovese Brut Rosé—all infused with the personality of Riccardo and his son Benedetto. A visit to Baracchi Winery is another opportunity to sample Falconiere’s Michelin cuisine, or simply join DuVine on a Tuscany 4-Day Bike Tour to spend two nights and dine at Il Falconiere.

The review that accompanies Chef Rémy Giraud’s duel Michelin stars nods specifically to “the personality and talent of the chef.” Though he’s been running the restaurant at Domaine des Hauts de Loire for 30 years, Rémy Giraud’s story begins with an innate attraction to the kitchen. He graduated from Lycée Branly’s hotel management program and dabbled in restaurants along France’s Vendée coast, where the cooking was uncomplicated but the lessons were invaluable. As his career unfolded, he found his place in the world of luxury hotels. He landed at Domaine des Hauts de Loire as chef de partie and second-in-command under Gérard Hummel, who he eventually succeeded as Head Chef. His first Michelin star arrived in 1989, and his second followed in 1993.

Giraud’s cuisine pays faithful tribute to French classics that celebrate the abundance of the Loire Valley. In spring, menus feature Monsieur Marpault’s asparagus, grown in the neighboring village of Veuves. For products other than the vegetables, herbs, and edible flowers grown in the Domaine’s own potager—a traditional French kitchen garden—Giraud turns to a farm in Chitenay. He incorporates homemade honey from the beehives maintained on the property. Fish are sourced from the Loire river, and caviar from Sologne. And Giraud holds a place in his heart for mushrooms. Though he largely relies on local suppliers and foragers, he likes “to gather and cook up a few morels, chanterelles, St. George’s, or other varieties of mushroom, depending on the season.”

The tranquil dining room of his restaurant, which feels like a refined country home, isn’t the only avenue to experience Rémy Giraud’s culinary creations. Domaine des Hauts de Loire opened The Bistrot in 2018, an interpretation of the quintessential Parisian bistro serving spit-cooked meats, smoked purées, escargot, and local cheeses. It’s Giraud’s same style of typical dishes that change with the season and the markets—plus the same excellent local wines sourced from Loire, Vouvray, and Touraine. Join us for an evening at Domaine des Hauts de Loire (including dinner prepared by Rémy Giraud) on DuVine’s Loire Valley Bike Tour. 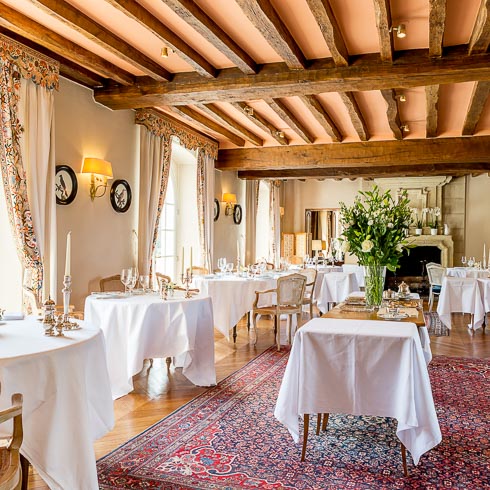 Up Next: Highlights from the Highlands 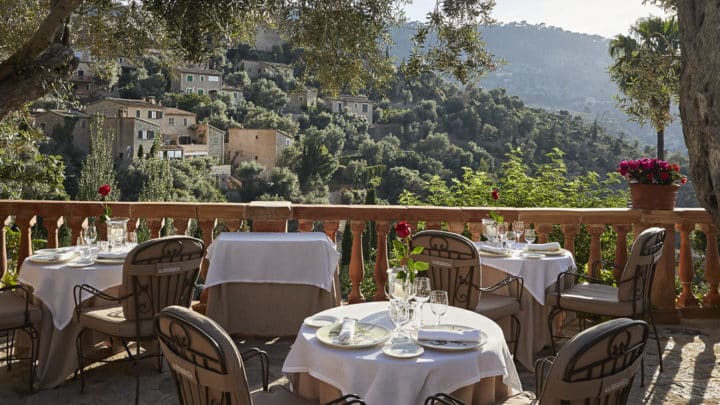 7 Restaurants Worth Riding For in 2018 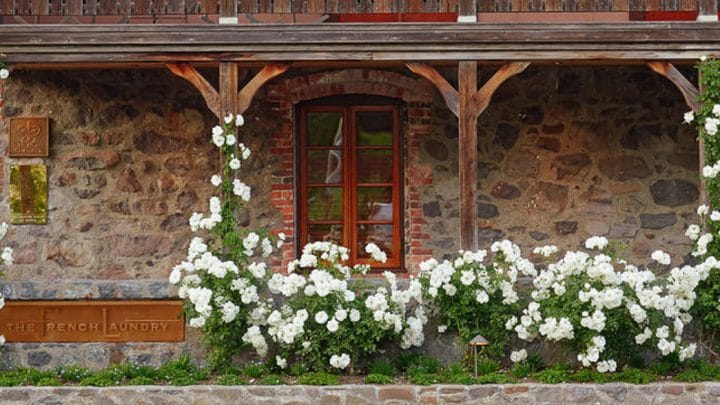 The Top 24 Restaurants in Northern California