Been There? Go Here Next

Where to next? We believe that word of mouth leads to great discoveries: what better way to choose a new destination than a suggestion based on a place you already know and love?

There’s no reason you can’t visit a favorite place again and again, but the locales on this list are our picks for lesser-known corners of the world. Checking them out is a way to see someplace new with the familiar qualities you were drawn to in another destination. After all, it’s always a joy to fall in love again (and add another stamp in your passport while you’re at it). 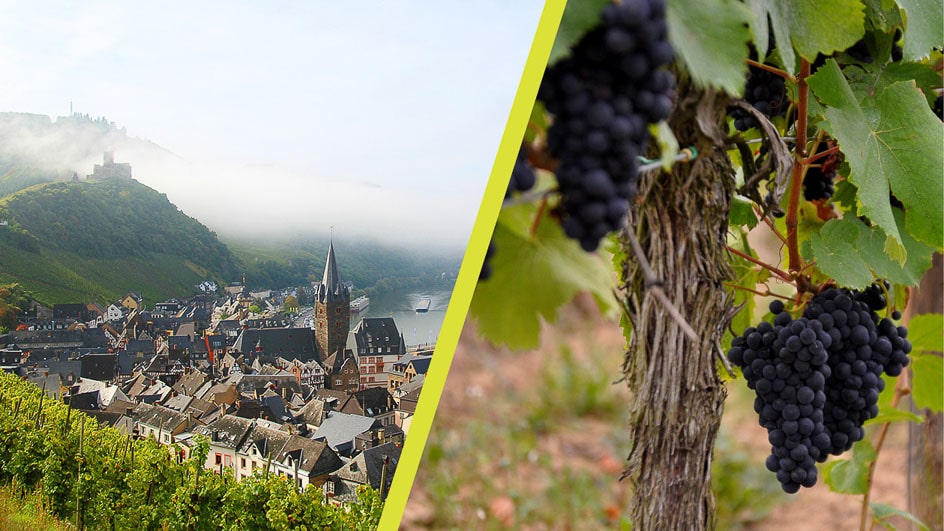 Been to Tuscany? Try Umbria.

What do Tuscany and Umbria have in common? The same rolling green landscape, the same fortified hill towns full of personality, the same savory cuisine infused with local olive oil and truffles—and they’re next-door neighbors in Central Italy.

Even the wine production has some overlap: though the most well-known Umbrian wine is Sagrantino (made with a high percentage of the Sagrantino grape), you can find it blended with Sangiovese, the grape that stars in Tuscany’s Brunellos, Chiantis, and Super Tuscans.

What sets these two places apart? Exposure. In Umbria’s piazzas, you’re totally surrounded by Italians, which means completely intact culture and that untouched-by-tourism authenticity. Head to Umbria before it joins the ranks of other Italian destinations that have become a household name. 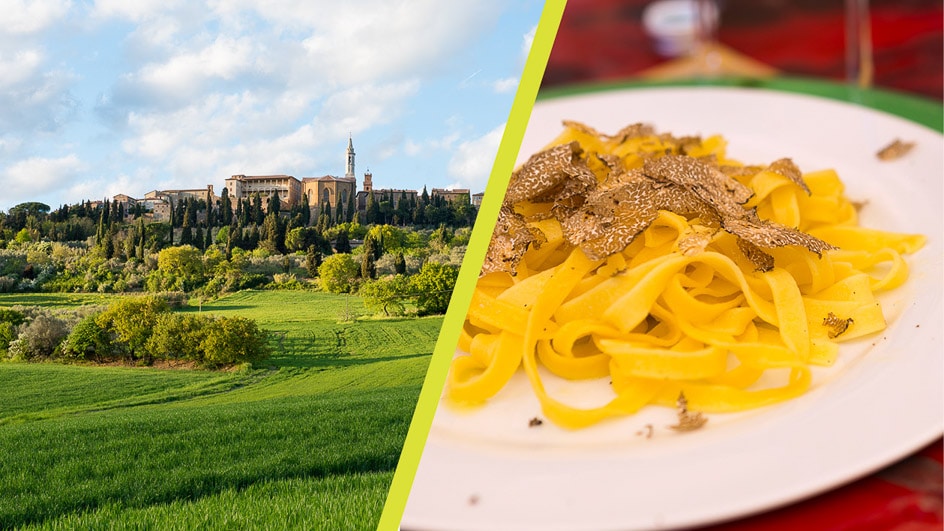 Been to Bordeaux? Try Rioja.

When it comes to wine, Rioja’s single greatest influence is Bordeaux. In the 1880s, winemakers arrived in Rioja—many of them directly from Bordeaux—to spearhead a viticulture revolution in Northern Spain. Prior to their arrival, Rioja’s wine production hadn’t reached its potential (though it was nonetheless destroyed by phylloxera—a catastrophic plague that affected vineyards across Europe).

Just like Bordeaux, Rioja’s identity is inextricably tied to wine. Rioja Crianza, Reserva, and Gran Reserva red wines borrow blending and barrel aging techniques from Bordeaux. And the fact that both regions are comprised of vineyard roads means the cycling is similar: car-free, safe, and relatively flat. 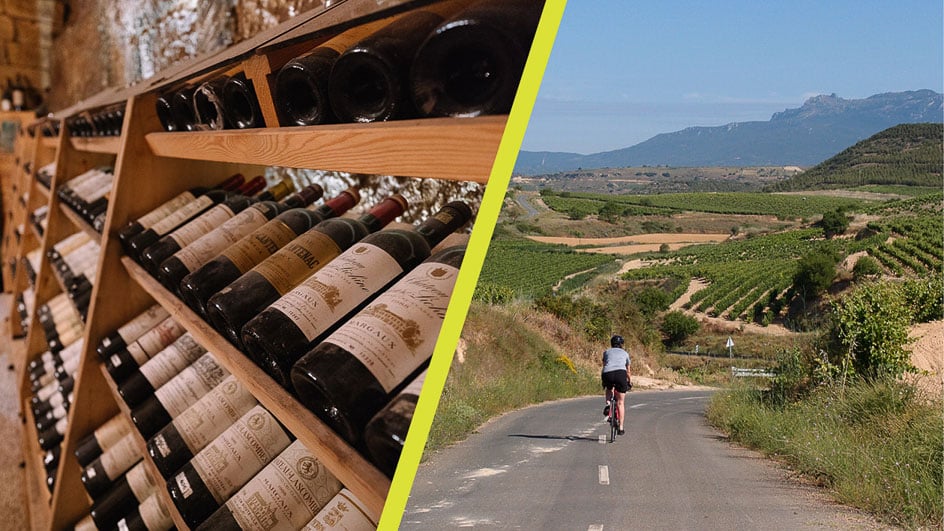 Been to Switzerland? Try the Dolomites.

Say “the Alps,” and a geographer will ask for clarification. The Swiss Alps? Austrian Alps? Italian Alps? Indeed, the Dolomites separate Italy from its northern neighbors, and this mountainous region is reminiscent of its Germanic counterparts. (Considering that the Dolomites belonged to Austria until WWI, the cultural comparison makes sense.)

Like in Switzerland, half-timbered chalets stand in tidy Alpine villages surrounded by glacial lakes—though the Dolomites received an infusion of Italian cuisine. Who could argue with that addition?

Been to Ireland? Try Brittany.

Coastal rides, cliffs, craft beers: given all their similarities, it’s easy to see why Brittany, France is a natural fit for those who loved Ireland. Both destinations are a sure bet if cycling in the heat is a turn-off, and in lieu of wine, Ireland and Brittany offer other ways to imbibe. Beers and whiskeys are big, and Brittany’s also celebrated for its cider—the better to wash down seafood, since both Brittany and Ireland are known for their oysters.

Perhaps history is the reason you travel. In that case, those who were intrigued by Ireland’s castles will be fascinated by Brittany’s Carnac stones and ancient citadels. And if striking natural sites like the Ring of Kerry or Gap of Dunloe captured your heart, Brittany answers with spectacular sand dunes, salt flats, and pink granite formations. 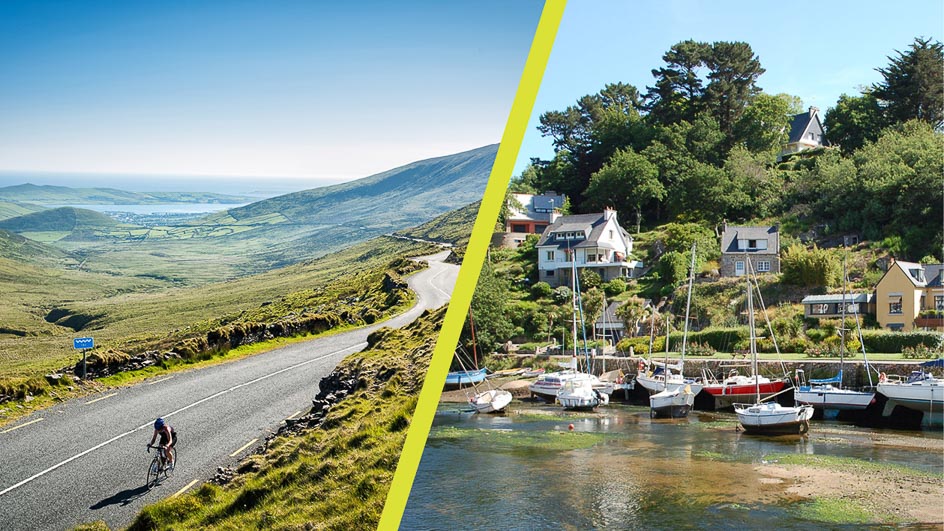 Been to Burgundy? Try the Dordogne.

Burgundy’s food-and-wine appeal needs no introduction, but the Dordogne may have it beat. This gourmet enclave in southwest France is the birthplace of foie gras, now an emblematic food of France. Walnuts, mushrooms, truffles, and sweet strawberries aren’t just rendered into rustic dishes, but featured on the menus of Michelin restaurants.

And that’s what makes the Dordogne special: a mix of simple country living and understated elegance. National Geographic earmarked the Dordogne as a favorite destination for 2019, which means this region is on the rise. 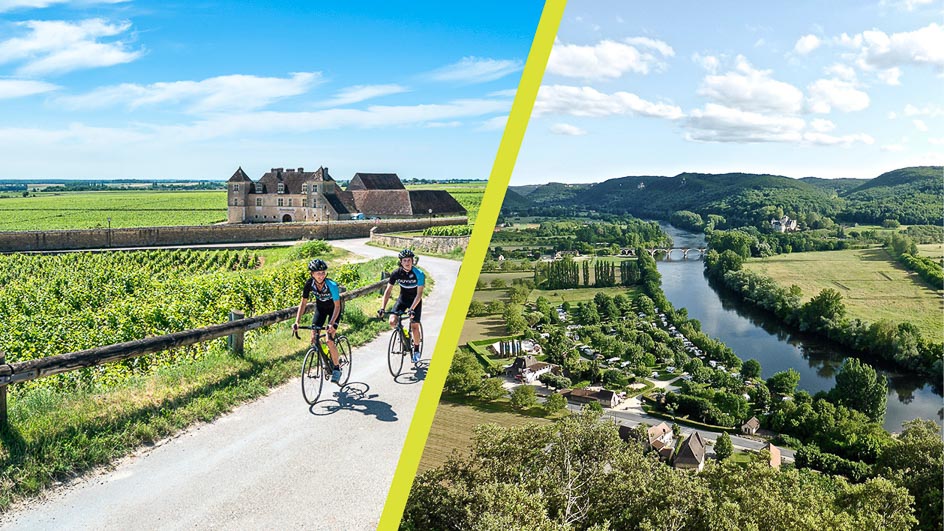 Been to Germany? Try Alsace.

A testament to France’s incredible diversity, the parallels are easily drawn between Alsace and Germany: in fact, you’re equally likely to hear French and German spoken in Alsace, so it’s almost like visiting two countries in one place. Alsatian cities like Strasbourg also have hints of cosmopolitan counterparts; Prague—with its astronomical clock—and Paris (consider the Île de la Cité and Strasbourg’s Grande Île).

Germany’s iconic beer and pretzels become Kronenbourgs and bretzels in Alsace; if you’re more into wine, Germany and Alsace are the two major producers of Gewürztraminer. So why visit France for a destination that smacks so much of Germany? It’s a great way to revisit the charms of Deutschland while seeing an entirely new part of the world with an identity all its own—despite its influences.

Up Next: Top Hotels in Italy A String of Gems: Top Undiscovered Secrets from Around the World 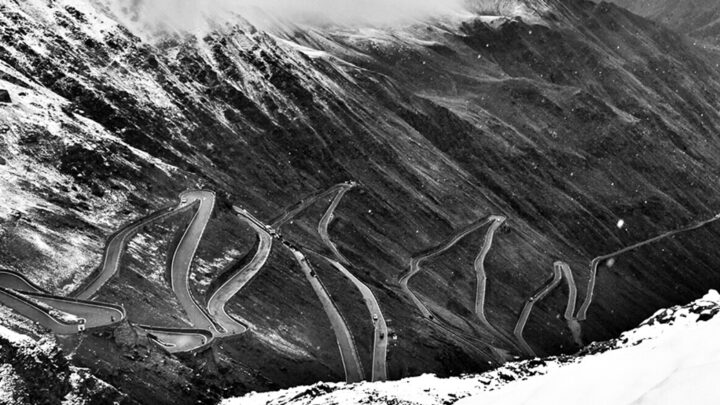