For thousands of years, intrepid spirits have crossed the Pyrenees, Alps, and Dolomites—from Hannibal with his mighty elephant herd to the campaigns of Charlemagne and the humble treks undertaken by medieval pilgrims. Today, you’ll see spandex in place of chainmail all over these ranges as cyclists challenge themselves to conquer the bucket-list giants. Yet so many are stuck on the same well-known climbs, never to venture into unknown territory.

On any sunny summer day, the Alpe d’Huez is a carbon magnet attracting thousands of cyclists. But also on this busy stretch of pavement are holiday travelers speeding past the cyclists finally fulfilling a lifelong dream. Don’t get us wrong—the ride is beautiful and the graffiti-covered road is a kind of tribal rune recording some of cycling’s greatest moments, but believe us when we say there are better Cols out there. Our favorite unknown climbs will show you the hidden sides of the Pyrenees, Alps, and Dolomites—and you may even like them better. 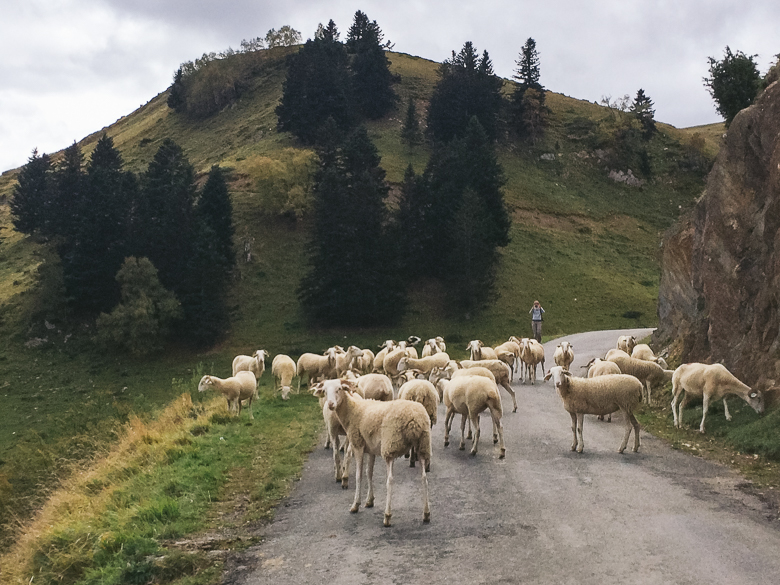 The 18-kilometer climb to reach the top of the Port de Balès is the French government’s gift to cyclists. Legend has it that the organizers of the Tour de France were looking for new routes in the Pyrenees, so in 2006 they paved the last five kilometers of an old trail on the south side of Port de Balès. With almost no traffic, guaranteed sheep and cow sightings, and a serious challenge at an average gradient of 6.3%, this one should be on every bucket list. 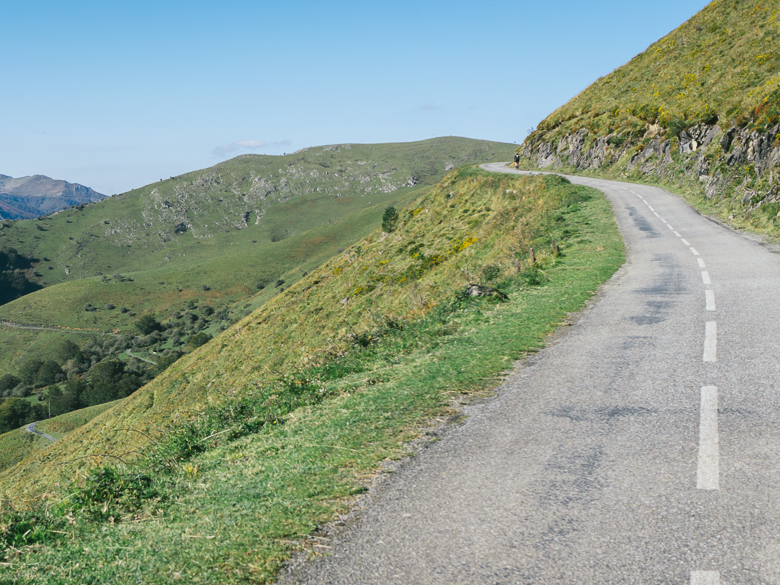 Travel west into French Basque country and you’ll find undulating roads so narrow that it’s not even clear whether a car could drive them. On the Col Arangaïtz, there are still places where locals stare in disbelief at the spandex-clad and shaven-legged aliens who seem to have lost their mind in pursuit of the top. But as you climb, the people disappear—which is probably for the better as you groan and swear your way up the 16% grade. We promise it’s worth it!

If you travel to the east of the Haute Pyrenees, you’ll find this trio of Cols often obscured by the Big Three. Sure they’re smaller than Tourmalet, Aubisque, and Hautacam, but it wouldn’t be the first time the appetizers outshined the main course. The route passes through typical French mountain towns, where if you don’t speak French the faces of the old men in the square tell a story all their own. Follow the road through forests and fields and past rivers as it works its way over these three Cols. Perfect for those seeking enjoyable cycling without the steep extremes. 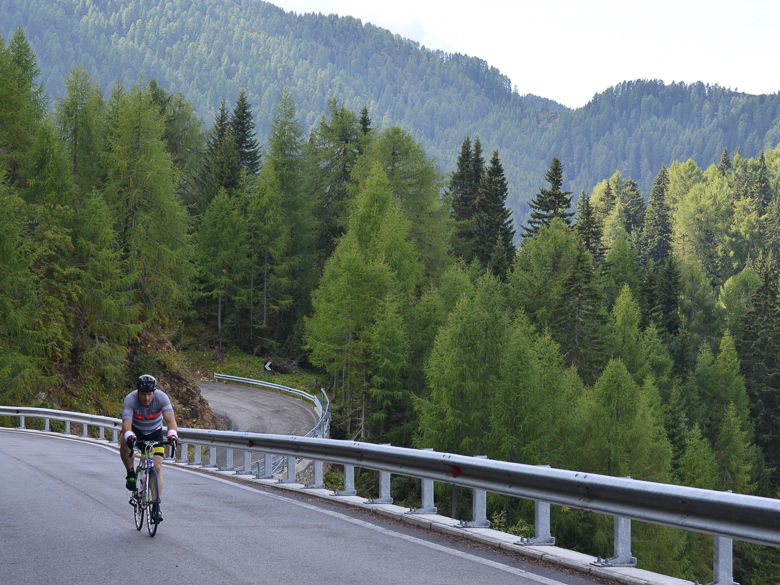 Busy season in the Dolomites can be really busy, with the Sella Ronda becoming a German holiday hub in August (some tourists are on motorcycles while others sit comfortably on buses). Suffice it to say, it can be a less-than-zen cycling experience. The good news is that just to the east is Sella Ciampigotto and its glorious 13 kilometers with an average gradient of 6%—and without the traffic. The switchbacks leave us swooning; they’re the type you’ve dreamed of your entire cycling life. 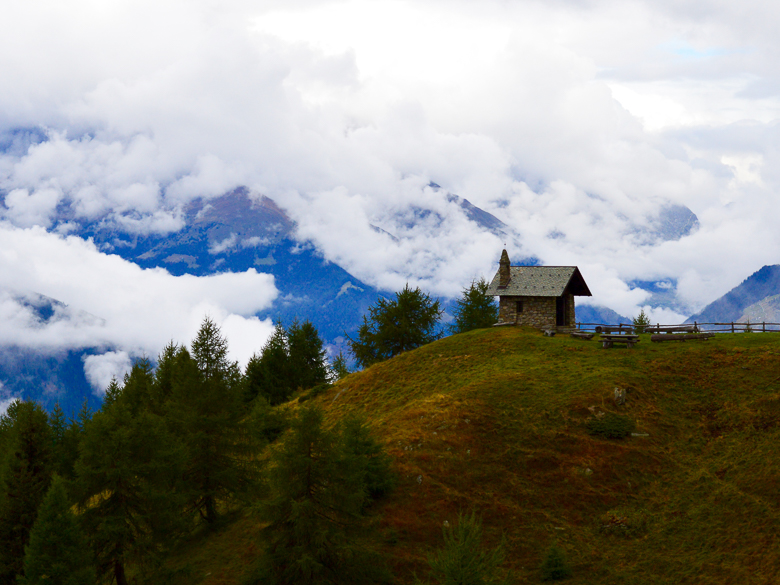 We know, we promised unknown Cols, but the Mortirolo is one of the most famous climbs around. You’re right: it’s not Mortirolo we’re necessarily suggesting, bur rather the lesser-known approach from the Aprica side. The first part of the climb is steeper before the insanely rewarding views open up before you. To sweeten the deal, the majority of the ride is on one-lane roads where few drivers dare to venture. 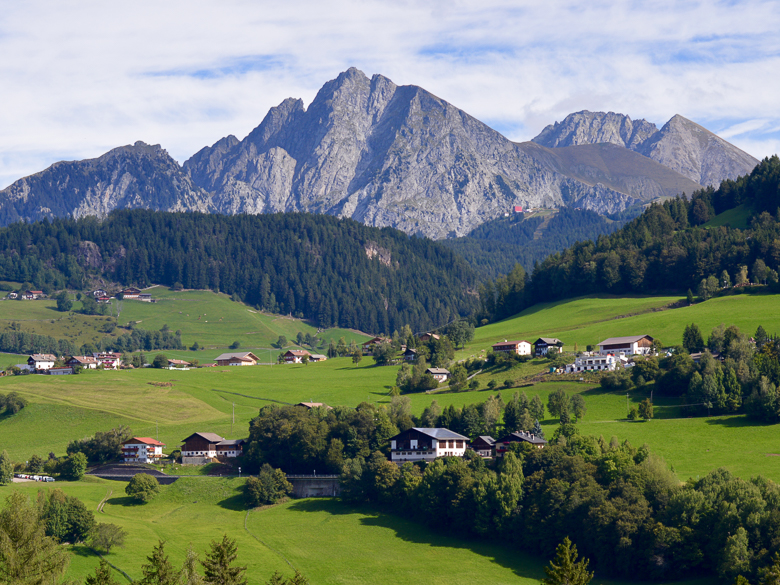 This one is so far off the radar that there’s no official Col sign or even a Strava segment on top, even after the 20-kilometer climb (more or less). Twitching legs after an 18% section are a fair tradeoff for the selfies that seem to show you pedaling right through a postcard. And since we all know your ride doesn’t end on the top, the downhill is a truly fine finish with all the fixings. The road actually corkscrews twice through the mountain, providing a pretty crazy sensation as you fly down into Bolzano.

Thousands of cyclists pass the Col d’Sarenne without even knowing it’s there—likely because it’s at the back of the most famous Col of them all. Though it may live in the shadow of the Alpe d’Huez, the 12.8 kilometers with an average gradient of 7.5% are a sheer pleasure to climb. The switchbacks take you higher and higher, and they boast better views than Sarenne’s famous sister. After winter the road can be a bit rough, so we recommend climbing up the Col d’Sarenne, then descending via those 21 famous switchbacks of the Alpe d’Huez.

The Col d’Izoard has had its moments in the sun, yet it still hasn’t cracked the top 10 of Alps climbs. Not only is it incredibly long and steep, it’s woven into the legendary tapestry of the TDF as the site of some well-known battles between Coppi and Bobet. One highlight is the scenery through the Casse Déserte, eerie and arid at an altitude of 2360 meters between the border of Italy and France. And who knows, maybe Izoard will rise to fame this year when the TDF finishes on top for the last mountain stage before Paris. 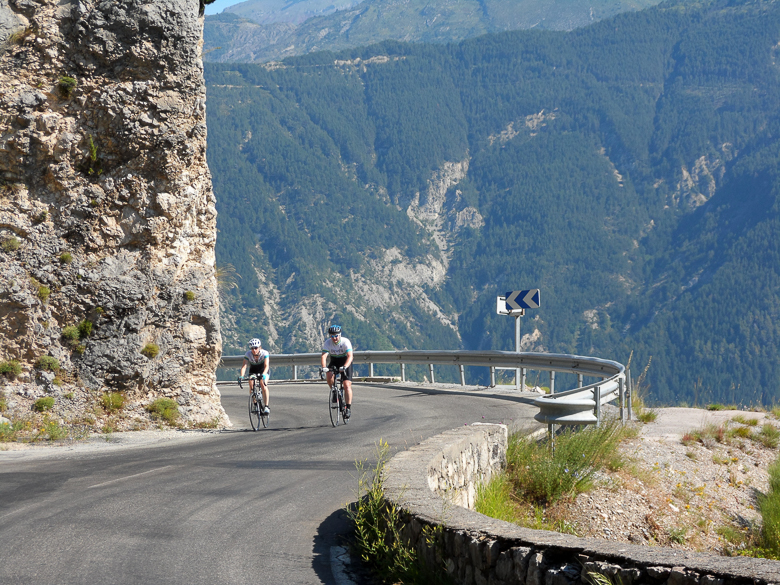 Right next to the famous Col de Bonette, the Col de la Cayolle tops out over 2000 meters for a long and scenic ride, yet it’s never steep enough to stand in the way of enjoying its beauty. You’ll see exactly no one, and the section inside the Gorges du Bachelard is one of the most famous balcony roads in the country. If you’ve never ridden a balcony road before, get ready for a hair-raising lane cut right into the face of a sheer cliff and the big grin it’s sure to put on your face.

Ready to conquer some of these epic Europe cols? Let DuVine take you to these three ranges for a Challenge Series cycling tour.

We’ve compiled the best indoor cycling songs of the year from top-notch spin instructors as well as DuVine’s own guides and guests. Whether you’re trying out a stationary ride for the first time or training for one of our bicycle tours this spring, these songs will keep you motivated and have you dancing on the bike. Plug in your headphones, hop on the saddle, and get pedaling! Take our music with you by saving the DuVine 2018 Spinlist on Spotify, or search for “duvinecycling” in the Spotify app.