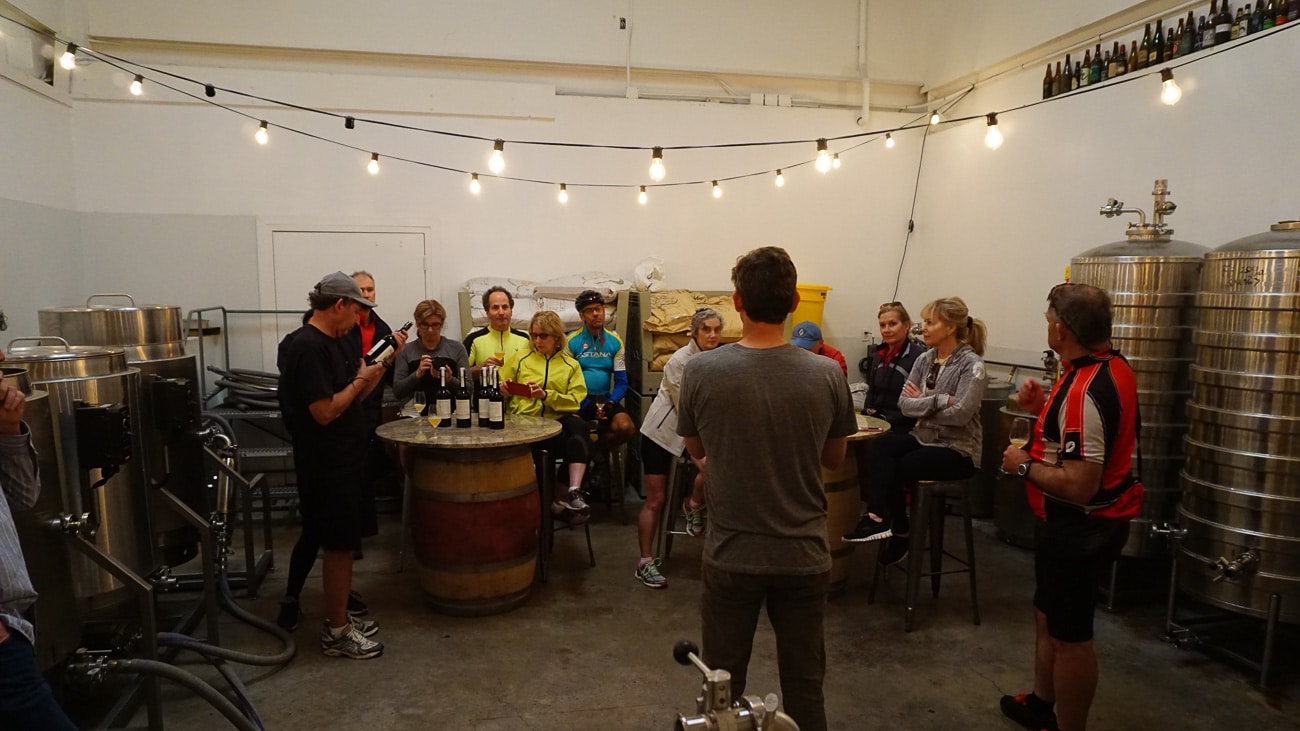 It could be a parable not just for the drinker, but for Mad Fritz itself. The nanobrewery has attained great influence around Napa Valley, thanks to founder Nile Zacherle’s approach to brewing, which borrows from his unique strengths as a winemaker.

“We are brewing beers with a sense of origin and authenticity that is not as reflected in beer as it is in wine. At the core of what we do, that’s the essence of it, and so I call it origin beer,” says Zacherle. “It’s almost as if we put the recipe on every bottle of beer.”

That doesn’t mean you can make it at home. Though you may know the origin and variety of every ingredient, you can’t just go out and buy them, just like you can’t buy grapes from a grand cru. In fact, you can hardly even buy a bottle of Mad Fritz. To get your hands on it, you either have to visit the brewery (perhaps on a DuVine tour), become a member (the waiting list opens in September, and can take three to seven months), or visit a trendy Northern California restaurant like The French Laundry, Auberge du Soleil, or the restaurant at Meadowood. 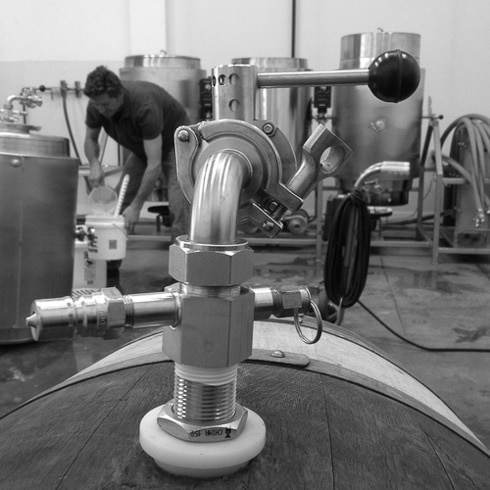 It’s expensive—$25 to $30 for a 26 oz. bottle—thanks to the labor-intensive brewing, premium ingredients, and small batches. Mad Fritz makes about 150 31-gallon barrels per year.

The facility is small too. Located in St. Helena, it’s 1,600 square feet, including the offices. Primarily, it’s an open room filled with the brewing apparatus, including old wine tanks that have been modified to act as barrels, and custom-supplied equipment. Stacks of barley and malt sacks stand off to the back.

It’s these ingredients, plus the locally-sourced water, that distinguish Mad Fritz. Though the brewing process is important, Zacherle considers Mad Fritz beer to be ingredient-driven. The Peacock and Jupiter White Ale, for example, contains water from nearby Calistoga, Hallertau hops from Yakima, Washington, coriander, lemongrass, cardamom, and mandarin, all aged in a French oak barrel.

Zacherle’s winemaking chops are considerable. He’s a winemaker at David Arthur vineyards and Montanga Napa Valley, and started his own label, Zacherle Wines, in the mid-2000s. But he’s been brewing beer even longer, going back to when he was 18 and made home brew with his father. He went to school for both brewing and winemaking, and worked at the Anderson Valley Brewing Company in the 90s. Feeling like it was rote, he turned to wine.

“You really engage with your raw materials,” he says of winemaking. “I think that’s another thing that kind of captured my interest, and the wine world just seemed so big.” 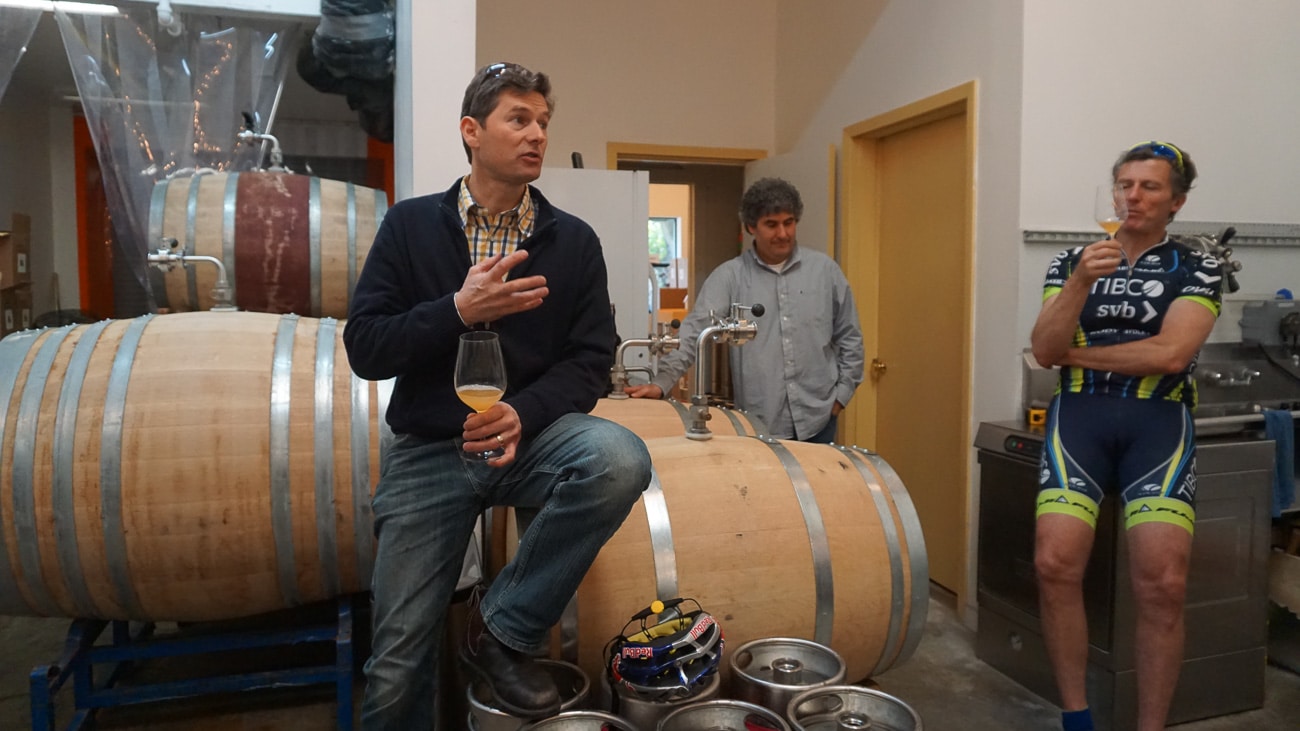 But beer was never far from his mind, and he picked up homebrewing again. He started in his garage, upgraded the system, and eventually thought, “I wouldn’t mind having my own brewery one of these days.” In 2012, his mother, whom he had been caring for, passed away, and with a little inheritance, he started Mad Fritz as a side project.

2014 was the first year Mad Fritz sold beer, and since then, he’s employed an assistant brewer, a bookkeeper, and a sales/brand manager. His wife, Whitney Fisher, is co-founder, and came up with the fable theme, based on French versions of Aesop written by Jean de la Fontaine. The brewery is named for their two children, Madeline and Fritz, and the artwork on the bottles is from a contemporary of de la Fontaine.

In just two years, Mad Fritz has made a lot of fans. “When you see people excited about what you’re doing, and why you’re doing it, you realize gosh, I can push this thing a little more,” he says. “Success is being happy with where you are, but also knowing that there’s opportunities for growth. Once you become more aware of your strengths and weaknesses, success is a function of striving to do more.” 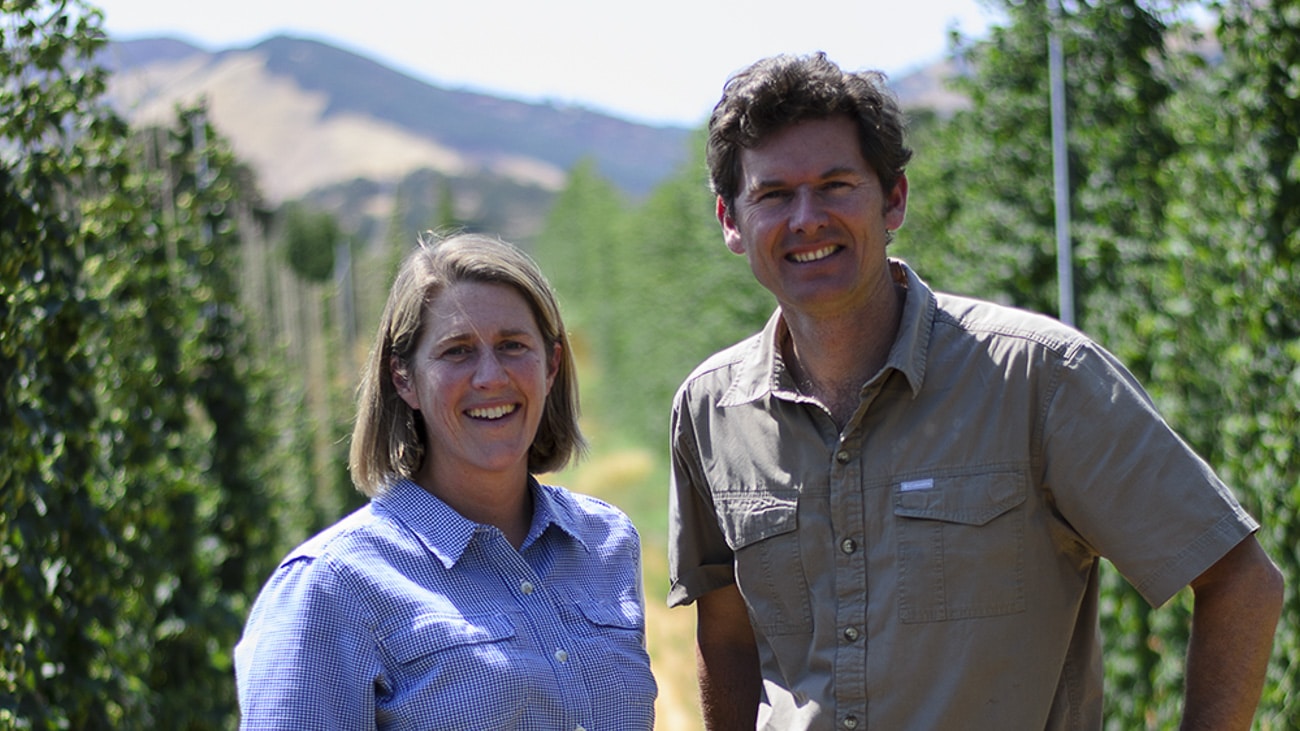 He compares it to tackling a tough ride, because Zacherle is also an avid cyclist. “[It’s like] being able to climb a little faster, or all of a sudden you feel just lighter on the bike, or you notice something different and realize, well, I can ride a longer ride now,” he says. Living in Napa Valley allows him his favorite kind of riding—up big hills—whether on road or mountain bikes.

“I love climbing, when I can. I don’t like the flats,” he says. “You gotta pay to have the descent.”

Mad Fritz is still climbing. Zacherle is planning a move to a larger space, where he can brew a bit more, as well as store a lot more of the good stuff—those ingredients that make the beer so unique. And Mad Fritz is already growing its own barley to malt at the new facility, which will put them in a very small class of breweries. Not bad for a side project.

You can visit Mad Fritz on one of DuVine’s private Napa + Sonoma tours.

Up Next: Top 5 Climbs in Northern California 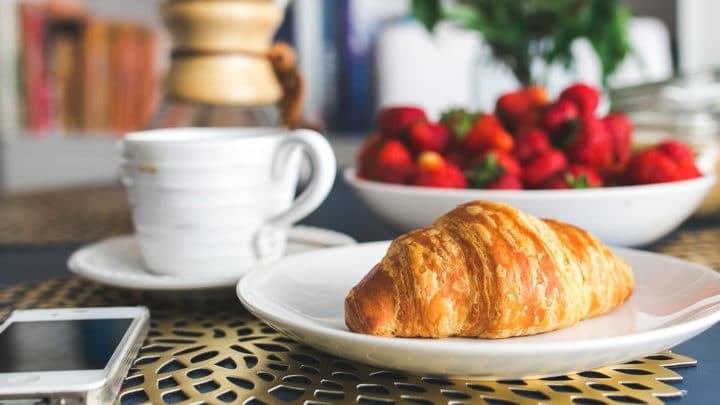