On December thirty-first, the majority of the world waits eagerly to ring in the New Year. Crowds gather in the streets to celebrate or watch a shimmering ball drop. Families and friends share a toast and exchange well wishes (and kisses) at midnight. As the earth completes another orbit around the sun, it’s common to reflect and revel in the year’s successes and failures. While many aspects of a New Year’s Eve celebration remain constant no matter where we are in the world, some places have their own unique New Year traditions. Join us as we explore what New Year’s Eve merrymaking and tradition looks like in some of our favorite destinations. 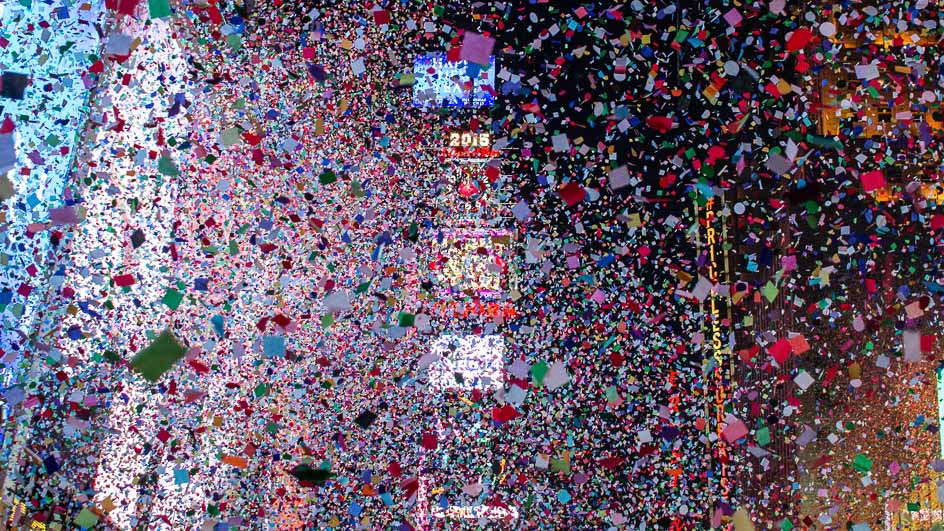 In the Scottish Highlands, “Auld Lang Syne” has been a part of the country’s rich folk tradition for centuries and has since been adopted by countless cultures to be sung at the stroke of midnight.

Scottish author and poet Robert Burns was the first to transcribe “Auld Lang Syne” in 1788—though the song had long been in the collective culture of the Scots, handed down through generations and referenced in poetry and literature. With the addition of Burns’s newly composed verses, the ballad as we know it was born.

The words “auld lang syne” translate to “old long since,” but in the context of the song can be understood to mean “for old times’ sake.” The lyrics tell a tale of misadventure, rough seas, enduring friendship, and love. It’s a nostalgic toast to experiences of old that’s meant to be sung with the enthusiasm of a merry Scotsman whose dram is full. 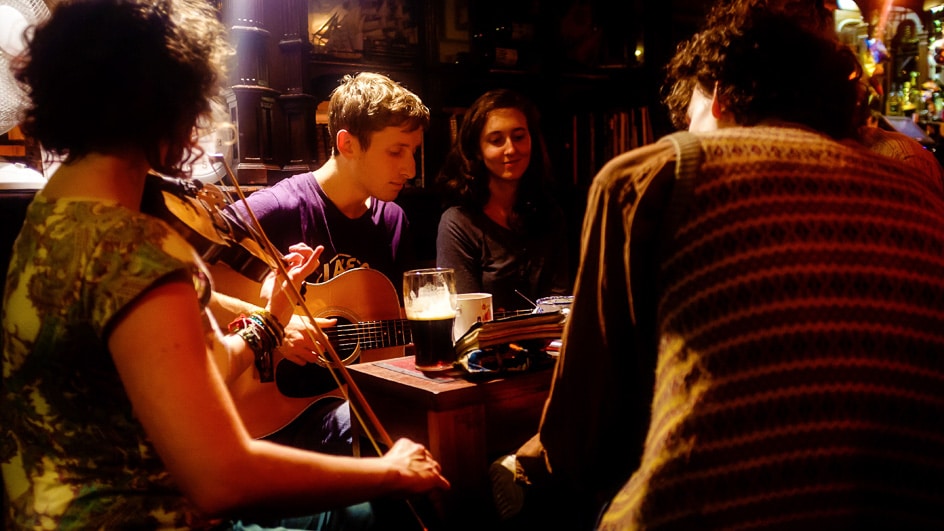 Ecuador: Go Out with a Bang

If you’re island hopping in the Galápagos over the holidays, you may see one of the most unique New Year’s pyrotechnic displays in the world—in Ecuador, fireworks are synonymous with ringing in the New Year.

In addition to the flares and sky-bound bursts you might expect, life-size effigies are built to mark the closing of the “Año Viejo,” or “Old Year.” Each household constructs their puppet, dressing in it old clothes and designing it to convey all the struggles of the past year. At midnight, the effigies are set ablaze in a cathartic ritual that renders the torments of the past to ashes and embers.

As the statues turn to rubble, brave Ecuadorians jump over the effigies twelve times to represent each month of the year—just one of the local experiences you’re bound to encounter in Ecuador + the Galápagos. 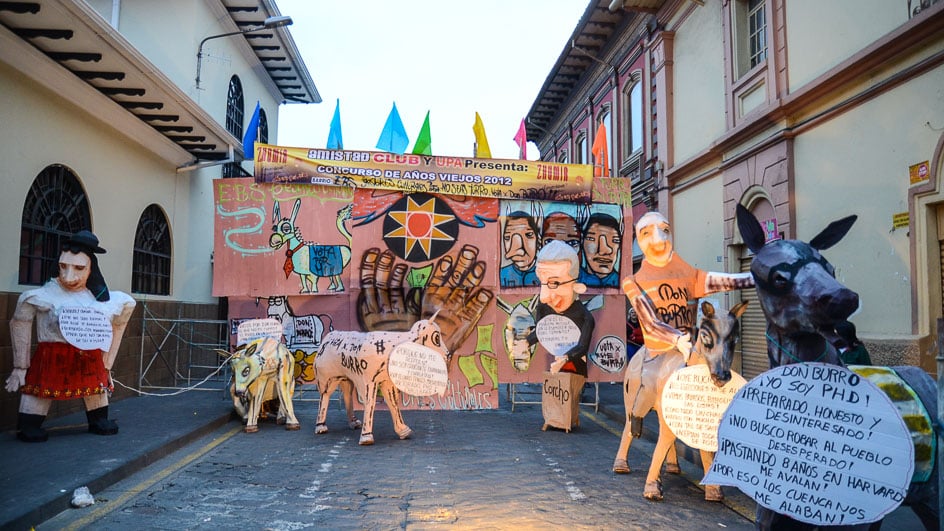 Greece: Have Your Cake and Eat It

Much like the Mardi Gras tradition of a King Cake, locals in Greece celebrate the New Year with a tasty tradition—and one lucky winner. Baked only once each year on New Year’s, a cake or bread called vasilopita is named after Saint Vasilios, Bishop of Caesarea, in celebration of his saint’s day. Legend has it that Basil of Caesarea redistributed wealth to the poor by baking reclaimed riches into a giant pita that was shared among the townspeople.

Today’s vasilopita (or Saint Basil’s bread) aren’t stuffed with treasure, but rather with a single gold coin or lira. The trinket is hidden in the dough before baking and when each person gets their slice, one lucky recipient will find a coin in their cake. The cake itself symbolizes sweetness and joy for the coming year, and it’s said that whoever finds the coin will be bestowed with luck, health, and happiness. Find your own health and happiness on tour with us in Greece. 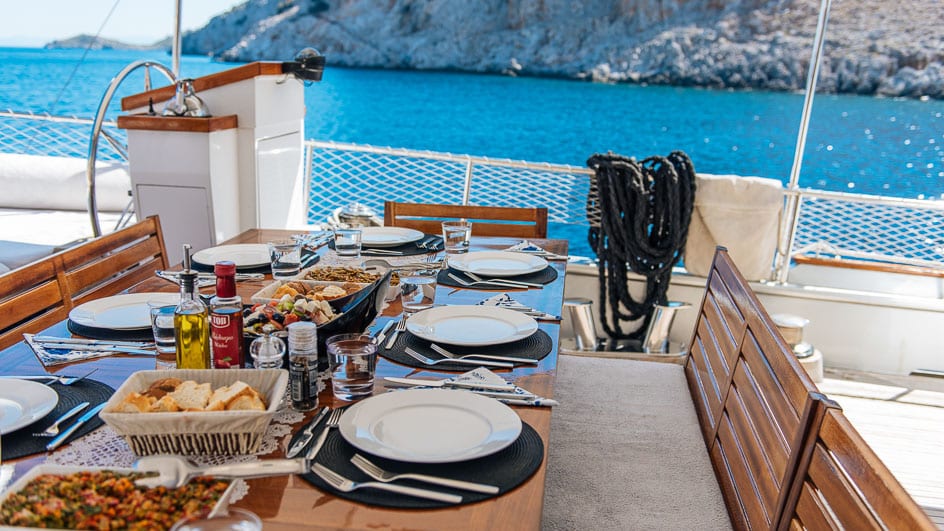 Dinner on DuVine's private yacht in the Greek Isles

Japan: Ring in the New Year

In Japan on New Year’s Eve, bells chime at the stroke of midnight—108 times, to be exact. The ceremony, known as Joya no Kane, is a Buddhist tradition that takes place within a temple and is thought to bring good luck for the coming year.

The number of times the bell tolls is significant: Buddhists believe that there are 108 bonnou, or sinful desires of man, and the clanging of the bell helps to rid these earthly passions from the people who hear it. Often the first 107 chimes are sounded on December 31, with the last one literally ringing in the New Year. 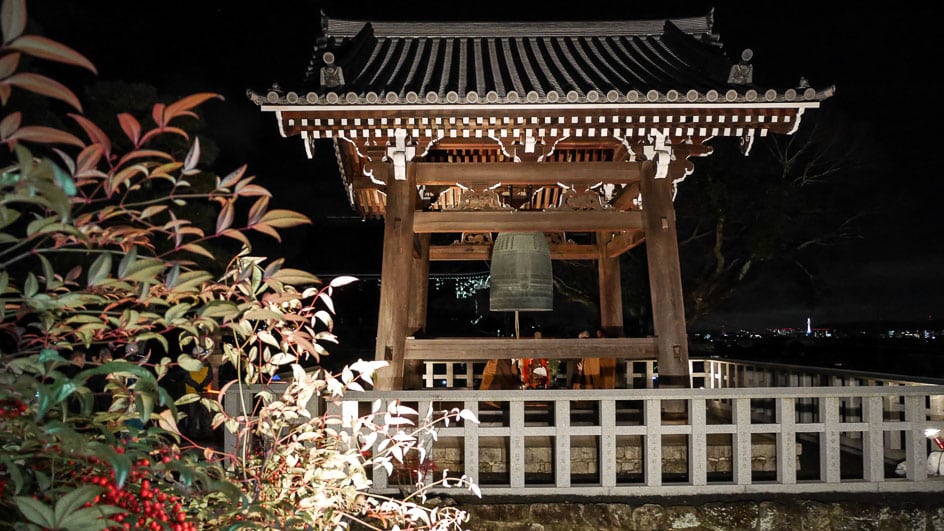 Champagne: Where Every Day is New Year's

If there’s one drink that’s synonymous with New Year’s, it’s a glass of Champagne. It represents a rare indulgence, an air of festivity, and the specialness of pulling out an excellent bottle but once a year. There’s no better place to drink it than the birthplace of bubbly—where its rich history and careful production stand for pure luxury.

The “Méthode Champenoise” is the standard by which all other sparkling wines are measured. Records of sparkling wine date back to the Benedictine Monks in the Abbey of Saint-Hilaire as early as the 16th century, and in the late 19th century, Champagne producers wisely marketed the wine as the favorite drink of nobility and knights. 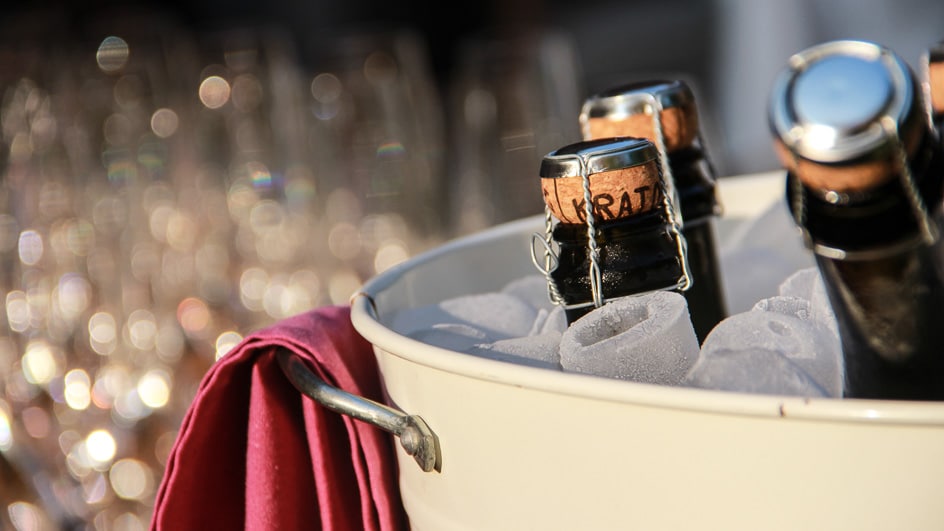 Up Next: Hotels with a Story to Tell 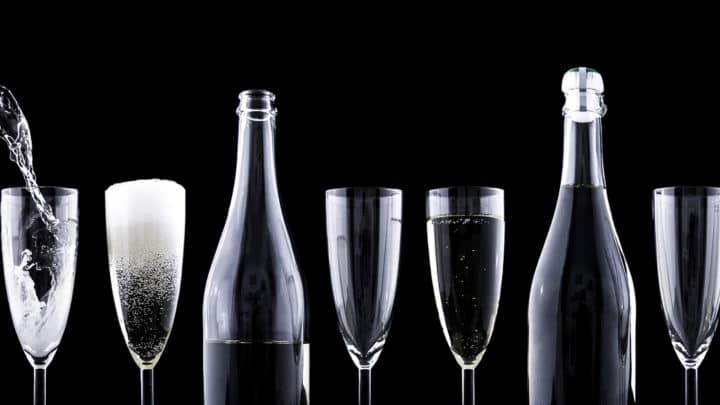 Fact or Folklore: The Legend of Dom Perignon and Champagne 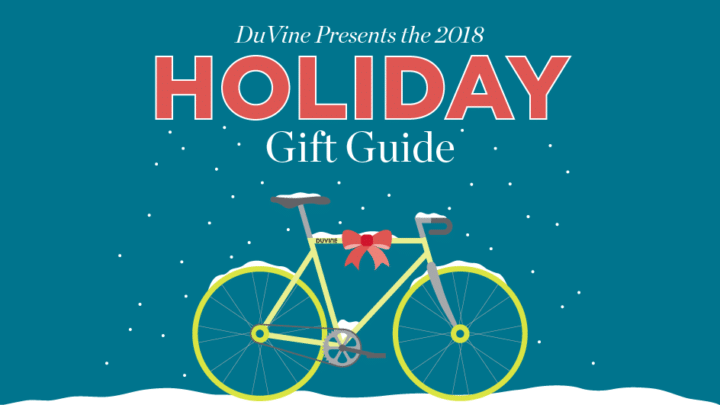