Desserts Around the World

From the cherry blossom-inspired confections of Japan to what they serve at birthday parties in Brazil, a sweet tooth can take you around the world. Satisfy your culinary curiosity with stories of the history and culture behind these sweet treats. 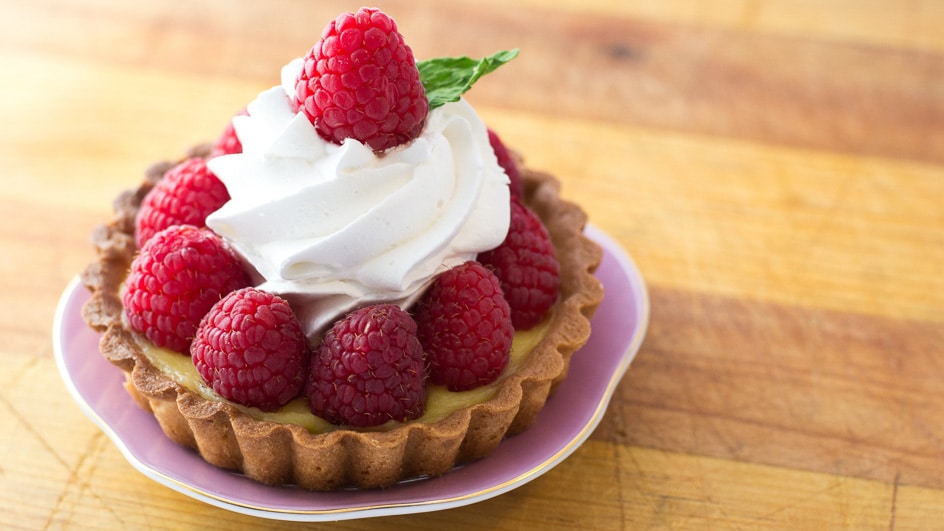 This versatile, elegant, and quintessentially French delicacy hails from the coastal town of Menton. Nestled between the foothills of the Maritime Alps and the Mediterranean Sea, Menton is known as the only place in France where lemons grow. The town was entirely dependent on lemon cultivation until the 1800s, when the British discovered the French Riviera as a holiday destination. To this day, the town celebrates an annual Lemon Festival: snack on Menton’s world-famous tarte au citron as you stroll past regal Arabian palaces, gardens, and statues styled from citrus. 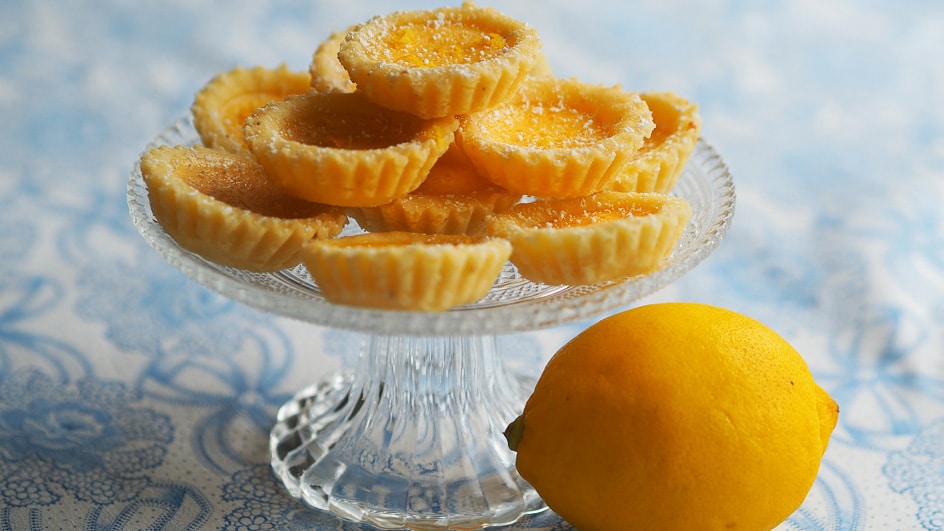 Buds on the trees and warm spring weather usher in the much-awaited sakura (cherry blossom) season in Japan. Starting in February, shops across the country stock petal-shaped snacks and sweet pink drinks, but sakura mochi is the seasonal treat that locals look forward to each year. Originally from Tokyo, this Kanto-style sakura mochi is made from rice flour that is kneaded into a thin dough and dyed pink. The dough is baked, gently wrapped around a filling of red bean paste, and garnished with a salted, edible cherry blossom leaf. The salty kick of the sakura leaf adds a delicious contrast to the light sweetness of the red beans. 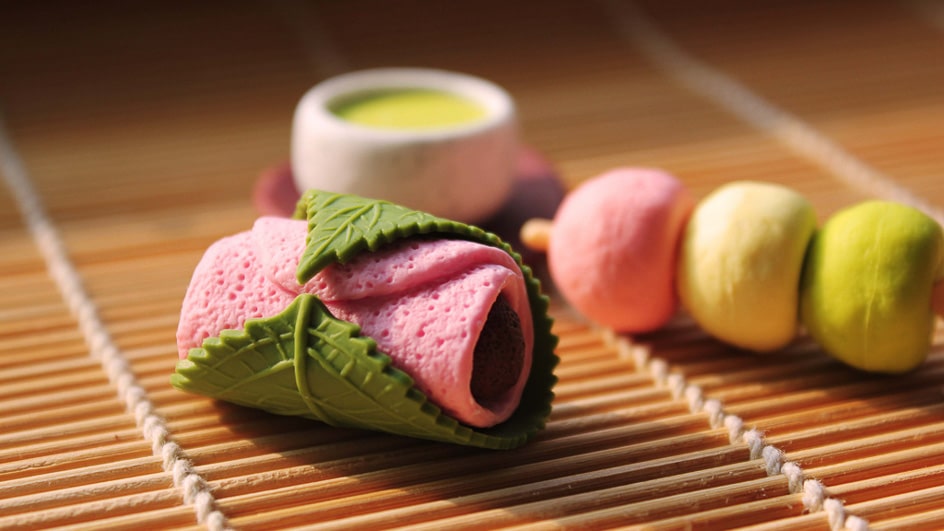 Iced with velvet-like chocolate and served with a side of whipped cream, this dark chocolate cake is the prima donna of Austrian pastries. A recent survey found that 86% of Austrians listed this Viennese delicacy as their favorite dessert. The history of the sacher torte dates back to 1832, when Prince Metternich ordered his kitchen to prepare a new cake to impress his discerning guests. Pandemonium broke out in the kitchen; the head chef was sick and his team was clueless. 16-year-old apprentice Franz Sacher rolled up his sleeves and saved the day, using on-hand ingredients to concoct this delectable chocolate cake. It was the start of Sacher’s illustrious career as a pastry chef and restaurant owner. To this day, the Sacher Torte stands as one of Vienna’s best-known symbols. 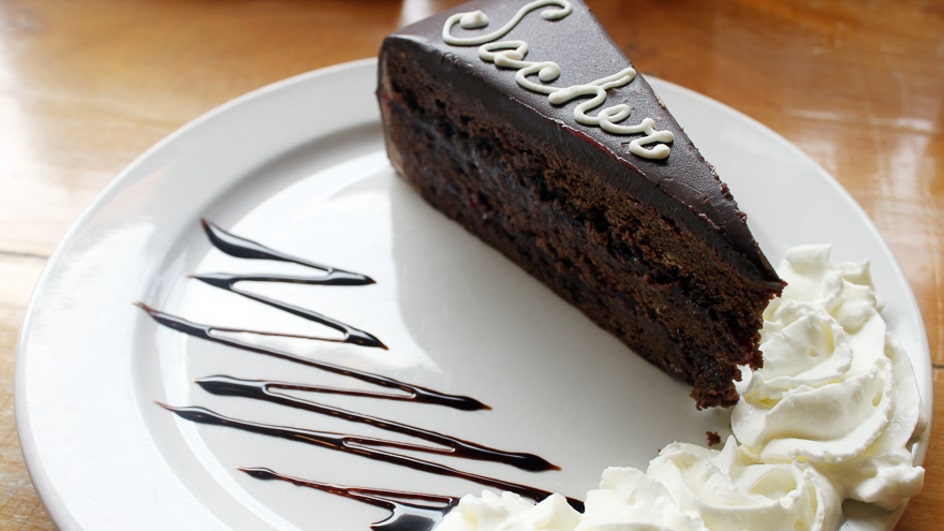 According to Indian folklore, this popular Indian dessert was accidentally discovered by the chief Persian priest of a Mughal King. The crispy fried dough balls were introduced to India as a royal delicacy during the era of Mughal rule. The word “gulab” is derived from the Persian words for gol (flower) and āb (water), named for the saffron and rose water-infused syrup that the dough balls are soaked in. “Jamun” comes from the Hindi word for an Indian fruit that resembles the dough balls in shape and size. Deep-fried in ghee or oil then soaked in syrup, these homemade treats are light, pillowy, crispy, and sweet. One of the most popular desserts in the Indian subcontinent, gulab jamun are a staple at birthdays, festivals, and family gatherings. 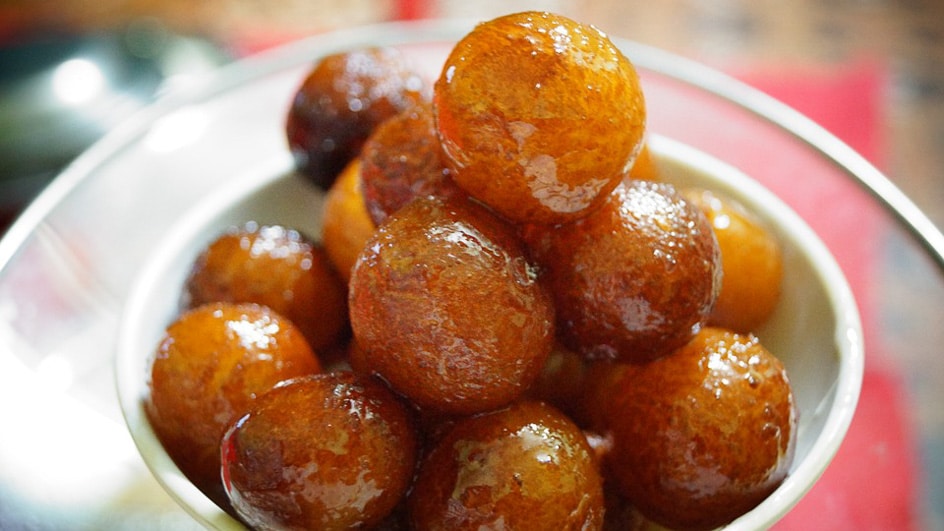 The history of this Portuguese confection dates back to the early 1800s, when a sugar cane refinery and small general store opened up next to the Jerónimos Monastary in Belém. In 1834, revolutions in Portugal closed down the monastery and expelled the clergymen and workers. In an attempt to survive, the monks begin to make sweet little tarts for sale in the shop next door. At the time, Belém was considered far away from Lisbon, but the grandeur of the monastery and the Belém Tower attracted visitors. Upon sampling the monk’s secret recipe, visitors immediately fell in love with the creamy, flaky tarts and the caramelized crème brulée topping. To this day, pasteis de nata are also known as “Pasteis de Belém,” and the famous Belém bakery sells up to 50,000 tarts a day in peak season. Served at all times of the day alongside a cup of Portuguese coffee, pasteis de nata have become the favorite Portuguese snack and a way of life. Taste them on tour with DuVine in Alentejo! 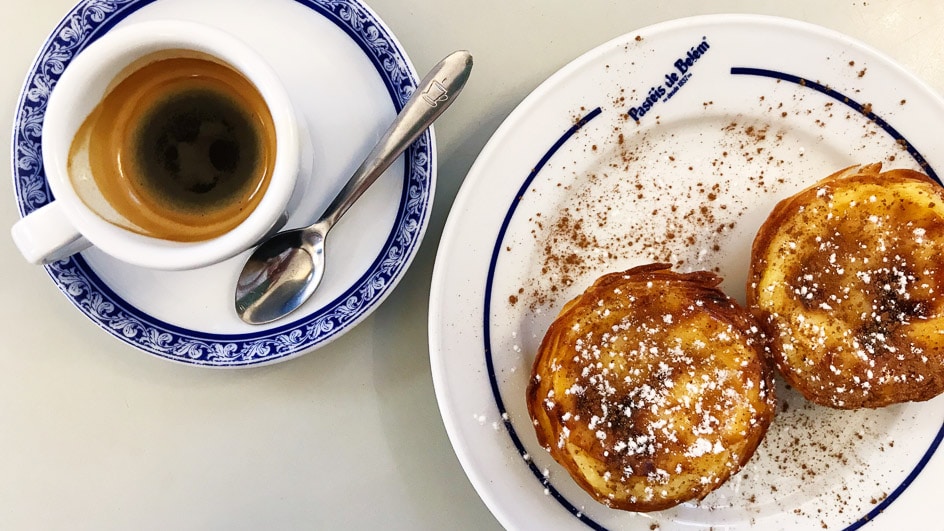 In 1926, the iconic Russian ballerina Anna Pavlova toured through Australia and New Zealand, impressing everyone with her elegance and grace. Inspired by Pavlova’s tutu, pastry chefs of a hotel in Wellington, New Zealand created a “billowy dessert” in her honor. The “Pavlova,” as it was called, featured a light, marshmallowy cake with slices of kiwi on top. Shortly thereafter, a hotel in Perth created a dessert that they declared to be “as light as Pavlova.” The Aussie version more closely resembles the present-day Pavlova, featuring crunchy layers of meringue and cream with a layer of passion fruit on top. To this day, the Kiwis and the Aussies debate over who gets credit for this scrumptious dessert. 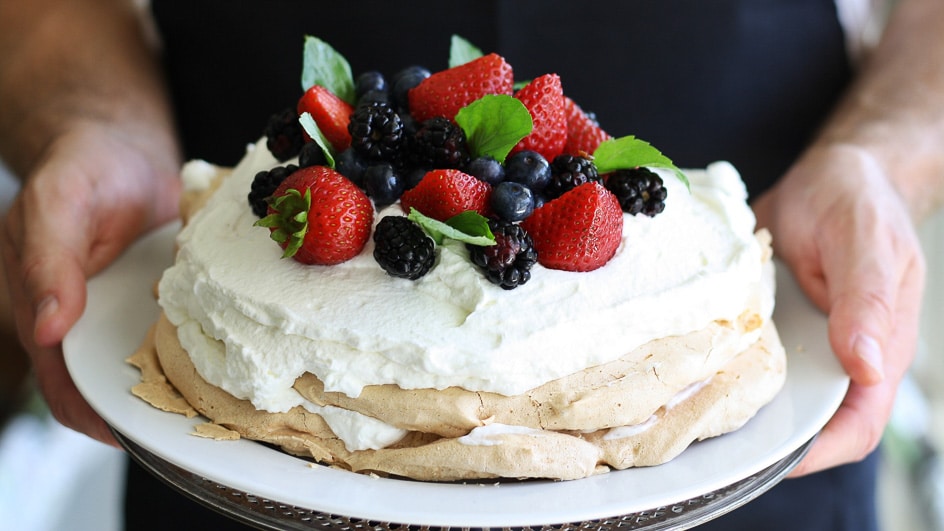 In the age of new-world discovery, Portuguese sailors tasted a Chinese breakfast pastry called you taio that would serve as the inspiration for churros. Nomadic Spanish shepherds copied their neighbors and spread the tasty treat around the Iberian Peninsula. Shaped like sheep horns and easy to cook over an open campfire, the churro is named after the “Churra” sheep of the Iberian peninsula.

Nowadays, this snack has spread around the Spanish-speaking world as a mid-day treat, breakfast food, and late night goodie to be enjoyed with friends. Within Spain, different regions have adopted the churro to their liking. The north of Spain prefers a thicker version called a porra, whereas Andalusians reject the classic star shape in favor of thinner churros with a smooth surface. In Madrid, you’ll find churrerias packed with couples, kids, and party-goers dunking sugar-sprinkled churros in rich, thick dipping chocolate. 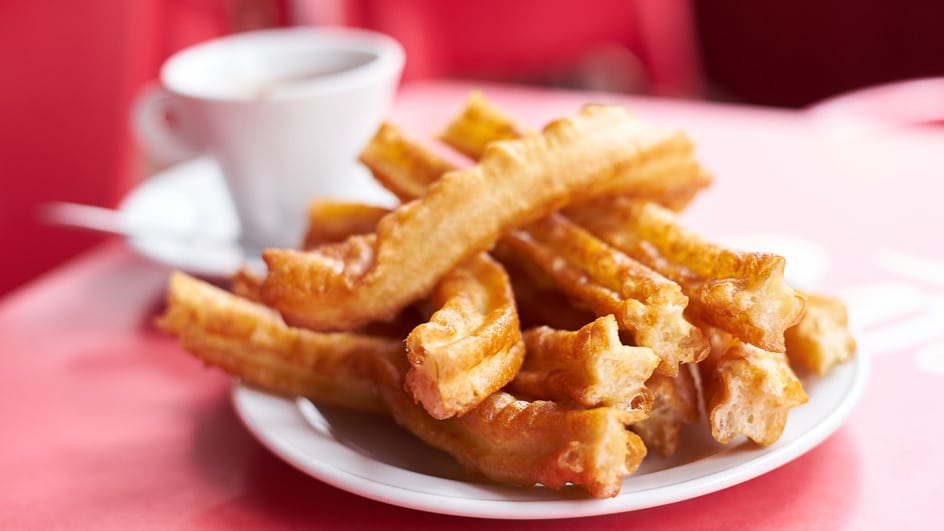 Created in the 1940s, this party food pays homage to military officer Brigadeiro Eduardo Gomes. A footnote in Brazilian political history, Gomes ran for president in 1946 and again in 1950. As legend has it, Gomes’ wife served the first brigadeiru at campaign fundraisers, adapting the recipe from a local chocolate sweet known as negrhinos.

Although Gomes lost both presidential races, his legacy lives on in kitchens and sweet shops across the country. Typically served after the cake at kids’ birthday parties, these melt-in-your-mouth bonbons have a strong sentimental link as Brazil’s favorite childhood treat. The classic recipe of sweetened condensed milk, chocolate, butter, and chocolate sprinkles has been adapted to over fifty different varieties. Sample pistachio and passion fruit brigadeiru at one of Brazil’s gourmet brigadeiru boutiques, where candy is sold like jewelry in ornate little boxes.

Sicily’s best-known pastry traces its roots back to the Middle Ages, when Arab forces introduced sugar cane to the region. Made with sugar rather than honey, the cannoli pastry dough shell was rolled into a flat, circular shape, then wrapped around a sugar cane stalk to create the classic tubular shape. Fried then piped with a sweet, creamy filling, cannoli were originally a seasonal springtime pastry, made when fecund pastures allowed sheep to produce more milk for the ricotta filling. Cannoli were considered a symbol of fertility and prepared as a treat during the masquerades of the Carnevale festival. The dessert eventually became a year-round staple, often served with pieces of candied fruits in the cream filling or crushed up pistachios sprinkled on top. 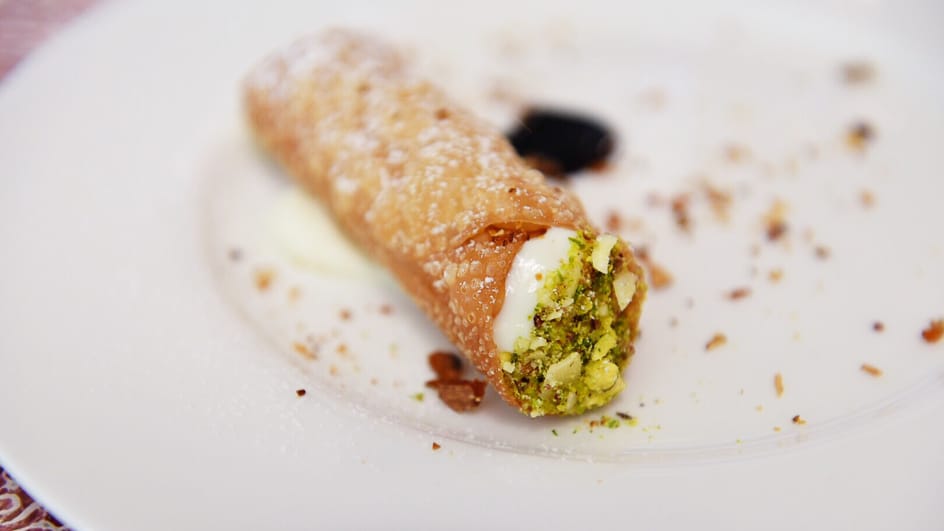 The origins of baklava date back to the 8th century B.C. in Mesopotamia, when Assyrians baked thin layers of nuts and bread in primitive wood ovens and soaked them in honey. From there, merchants and seamen spread baklava westward, picking up even more culinary influence along the way. The Greeks swapped traditional Assyrian dough for thin and flaky phyllo dough, supposedly constructed of 33 layers in homage to the length of Christ’s life. Armenians added in cinnamon and cloves from the Silk Road, Arabs introduced rose water and orange blossom water to the honey-soaked syrup, and Persians divined the diamond shape. The baklava we know today was perfected during the Ottoman Empire, becoming the preferred delicacy of the Topkapi Palace. Because of its rich ingredients and time-intensive production, baklava remained a luxury food until the 19th century. To this day, a common Turkish expression goes: “I am not rich enough to eat baklava every day.” 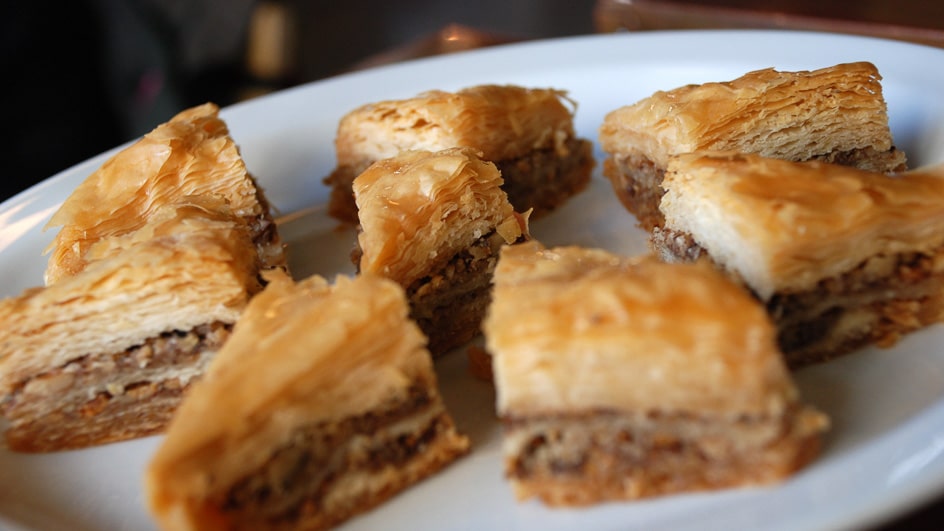 Up Next: Andy’s Guide to Aspen 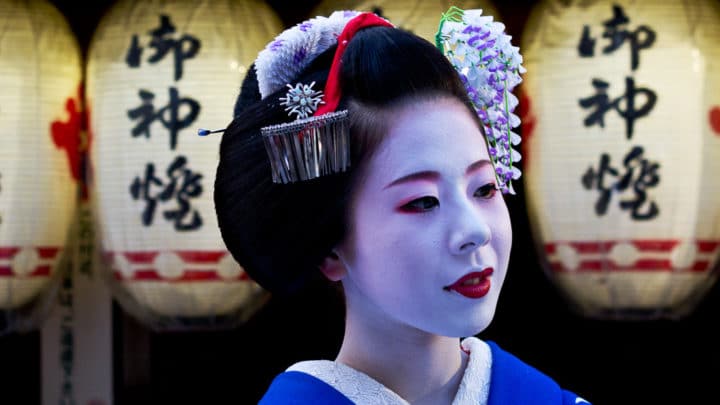